Dame Julie Andrews, who won an Academy Award for her leading role in Walt Disney’s 1964 film Mary Poppins, opened yesterday’s media-exclusive virtual showcase about the resort’s 18-month-long anniversary celebrations.  In her opening remarks, Andrews shared how founder Walt Disney first brought her out to Los Angeles to show her around Disneyland.

“People were stunned to see Walt himself driving around with his golf cart, me beside him, trying to touch his sleeve, calling out to him, telling him how much he was loved and how much they appreciated all that he did,” said Andrews. “And I, like so many others, was lucky enough to be blessed by true Disney magic all those years ago. And all these years later, I’d like to wish everyone at Walt Disney World many more years of joy and love and wishing upon stars. Happy 50th anniversary to the most magical place on Earth.”

Walt Disney World Resort officially opened its doors to guests for the first time exactly 50 years ago today, on Oct. 1, 1971. The 18-month-long anniversary celebrations kick off today, with Disney cast members ushering in an array of new attractions, nighttime spectaculars and more.

Here are some updated details from yesterday’s showcase:

Remy’s Ratatouille Adventure, La Crêperie and the expanded pavilion are all part of EPCOT’s transformation that is currently underway.

In 2013, Walt Disney World Resort introduced MagicBand, a revolutionary way to make the guest experience in its theme parks and resorts more convenient and hands-free. The next generation MagicBand+ will debut at Walt Disney World in 2022, adding new functionality for guests. Upon entering a Walt Disney World theme park, the wearable will come alive at various times with colour-changing lights, vibrations and gesture recognition. While wearing the band, guests will be able to play like a bounty hunter in Star Wars: Galaxy’s Edge at Disney’s Hollywood Studios and interact with the ‘Disney Fab 50 Character Collection.’ MagicBand+ will also light up and complement nighttime spectaculars, including the new ‘Harmonious’ at EPCOT and ‘Disney Enchantment’ at Magic Kingdom Park.

Current MagicBands will continue to be available, along with the complimentary Disney MagicMobile service that extends MagicBand features, such as park entry, to smart devices. 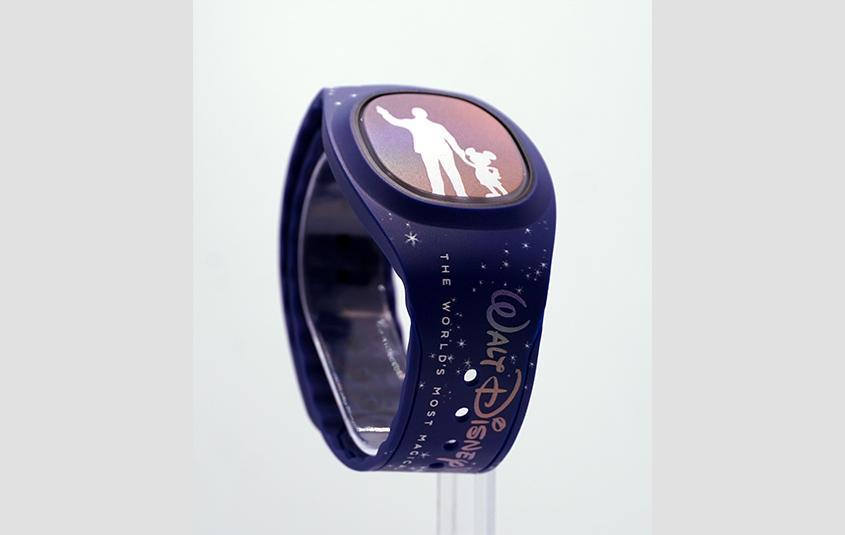 Disney is creating its own custom voice assistant using Alexa technology for supported Amazon Echo devices. Called ‘Hey Disney!’, it will work alongside Alexa to respond to vocal prompts, bringing Disney characters and stories to life at Walt Disney World Resort. It will begin rolling out in Disney Resort hotel guestrooms across Walt Disney World in 2022.

Access will be offered as an optional, complimentary feature during guest stays. ‘Hey Disney!’ will also feature an all-new character, the Disney Magical Companion, who will help guests discover more than a thousand magical interactions.

New menu items include popcorn buckets, mugs and sippers that will roll out starting today. 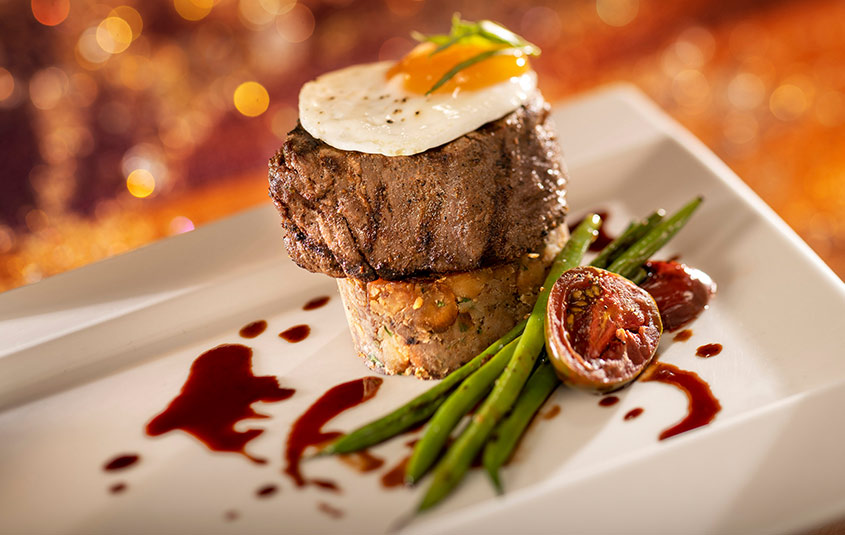 Presented by Cirque du Soleil and Disney, Drawn to Life is a new family-friendly show premiering at Disney Springs on Nov. 18, 2021 during ‘The World’s Most Magical Celebration.’ As an original collaboration between Cirque du Soleil, Walt Disney Animation Studios and Walt Disney Imagineering, the live acrobatic show tells the story of Julie, a girl who discovers an unexpected gift left by her Disney animator father. Tickets are available at www.cirquedusoleil.com/drawntolife. 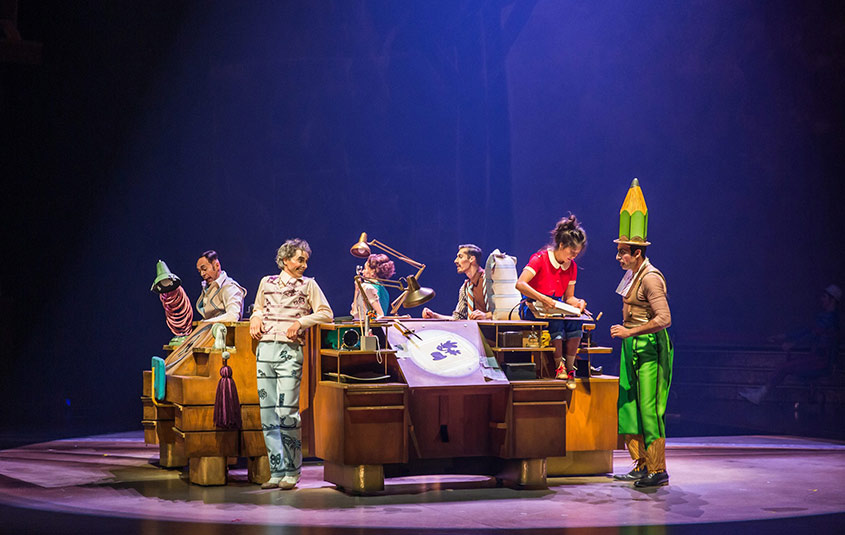 Guests will discover new merchandise collections launching in October and November 2021 as part of the celebration. These new items include apparel, accessories, plush, homeware, keepsakes, collectibles and more in several different collections, such as the Celebrity Collection, the Disney Castle Collection, the Vault Collection, the EARidescent Collection and the Luxe Logo Collection. 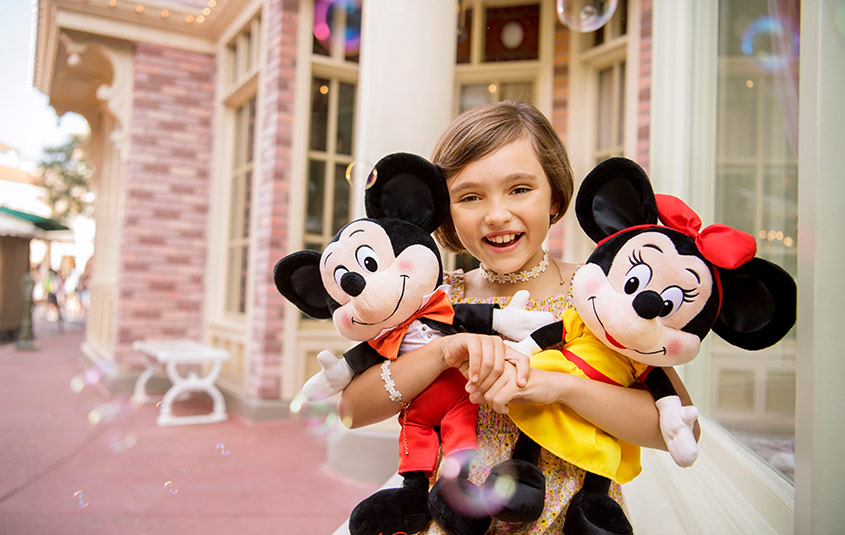 Two of the most highly anticipated new experiences at Walt Disney World Resort will debut in 2022 as part of the 50th anniversary celebration. Debuting March 1, Star Wars: Galactic Starcruiser is a first-of-its-kind experience that allows guests to become the heroes of their own stories during a two-night adventure. General bookings begin Oct. 28, 2021.

Also opening next year as part of the historic transformation of EPCOT is Guardians of the Galaxy: Cosmic Rewind, the park’s first ‘other-world’ showcase pavilion. The family-friendly adventure features a new storytelling coaster that rotates 360 degrees and the first reverse launch on a Disney coaster.

Two original Disney Resort hotels are being reimagined for the 50th anniversary. All guestrooms in the iconic A-frame tower at Disney’s Contemporary Resort are being completely refurbished, blending a sleek Tomorrowland motif with favourite characters from the ‘Incredibles’ films.’ In the lobby, guests will see a collection of modern art pieces as well as historical, behind-the-scenes photographs of the resort while under construction. Steakhouse 71, the resort’s lobby restaurant, has also been enhanced.

Meanwhile, over at Disney’s Polynesian Village Resort, guestrooms have been updated with a colour palette inspired by the Pacific Ocean and its necklace of islands. Taking inspiration from the film “Moana,’ the resort features characters and references to the film’s storytelling and also boasts a dramatic new porte cochere. 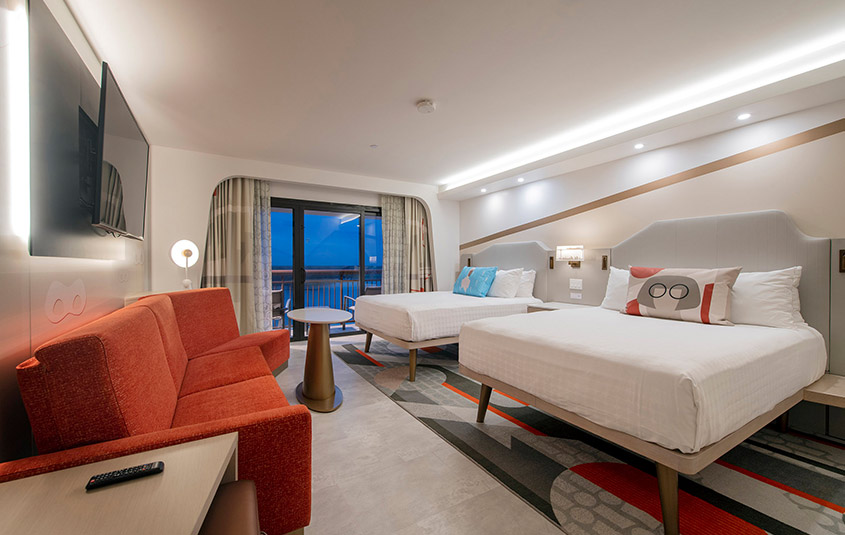 The Magic Is Calling

‘The Magic Is Calling,’ an inspiring new song written especially for the 50th anniversary, can be heard in a variety of ways during the 18-month celebration. Platinum-selling songwriter and music producer Alana Da Fonseca and Nashville-based songwriter and producer Bobby Studley created the original song, collaborating with award-winning composer Emily Bear and singing phenom Journi.

The song will be played at night as each theme park transform into Beacons of Magic, and will also be included in special live entertainment moments across Walt Disney World, such as during ‘Mickey’s Celebration Cavalcade’ at Magic Kingdom Park. ‘The Magic Is Calling’ is available on the Walt Disney World playlist through Disney Music Group beginning Oct. 1, 2021.

For more details about celebration events, click here and here.