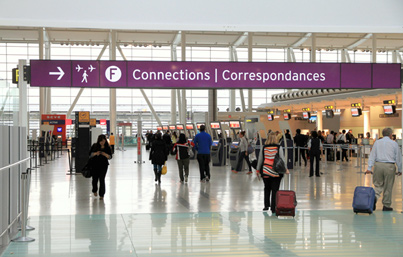 MADRID — Canada has a relatively small population but when it comes to international travel, we punch above our weight.

Canadians spend US$35.1 billion on tourism, ranking seventh in the world, according to the UNWTO Tourism Highlights, 2013 edition.

But when it comes to per capita spending Canadians rank third, spending on average $1,007 per person. That trails only Germany, whose citizens get six weeks of holiday a year, and Australia whose travellers face much longer flights for many of their trips than Canadians.

By comparison, Americans spend just $266 each on international travel. Canada is 10% the size of the U.S. in population but its spending on international travel is 40% of our much bigger neighbour. Although whereas Canadians have to cross borders to find palm-fringed beaches, Americans can do it domestically by heading to Hawaii, Florida and California and that spending is not counted in the UNWTO figures.

Chinese travellers spent a record $102 billion on international tourism in 2012, up 37% on 2011. Boosted by rising disposable incomes, a relaxation of restrictions on foreign travel and an appreciating currency, Chinese tourism spending has increased almost eightfold in 12 years, up from $ 13 billion in 2000.

In 2005 China ranked seventh in international tourism expenditure, and has since overtaken Italy, Japan, France and the United Kingdom. With the 2012 surge, China leaped to first place, overtaking both long-time top spender Germany ($84 billion) and second largest spender United States ($83 billion), which are now second and third in the ranking.

The United Kingdom ($52 billion) remains fourth, the only country in the top 10 that has not changed position.

The Russian Federation ($43 billion) is another emerging economy showing an impressive advance in recent years, moving up two places in 2012 to fifth on the back of a 37% growth. As a consequence, France ($37 billion) and Canada ($35 billion) moved down to sixth and seventh position respectively.

Further changes in the top 10 include Japan’s ascent to eighth position and Australia’s to ninth (both around $28 billion), while Italy (US$ 26 billion) moved down to 10th position.