“It’s going to recover but it’s not going to be quick”: Strickland

LONDON — Airline losses are mounting precipitously amid the COVID-19 pandemic and only a minority – although it’s a strong minority – have enough cash on hand to see them through many more months of the global travel shutdown, says a leading airline industry consultant.

John Strickland, Director of JLS Consulting, took a look at the struggling aviation sector in a webinar yesterday presented by WTM Global Hub, an offshoot division of WTM / World Travel Market, the global tourism conference held every year in London. 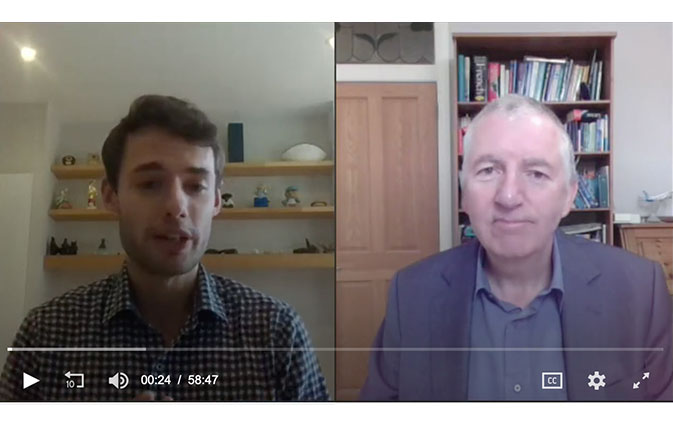 While some airlines have the liquidity and lines of credit sufficient to see them through a year or more of possible pandemic disruption, other airlines “only have enough cash for a matter of weeks or months,” said Strickland.

In a sector like aviation, the cash burn rate is astounding. IAG, parent company of British Airways, Aer Lingus, Iberia and several more airlines, is burning through 200 million euros a week, with less than 5% of their normal operations, says Strickland.

He says airline executives he’s spoken to describe the situation as everything from “the air transport world has completely disintegrated”, to “a lost year”.

Aviation heavyweights like IAG have said it will be 2023 before it sees a recovery. However IAG has also said it will come out of this crisis as a stronger company. Low-cost carrier Ryanair, generally seen as the world’s largest LCC, is looking to restore 40% of its capacity by July, and expects a two-year recovery.

Lufthansa Group meanwhile says it’s losing “1 million euros an hour,” says Strickland. Lufthansa has announced plans to restart partial operations in June, with 160 aircraft. As part of that ramp up, Lufthansa plans to offer three weekly, nonstop flights from Toronto to Frankfurt beginning June 3. Additional Canadian flights are currently being evaluated and planned for later in the summer.

“YEARS RATHER THAN MONTHS”

While in the initial weeks of pandemic everyone in the industry thought a quick recovery might be possible, the recovery will take “years rather than months”, says Strickland, adding “there are too many barriers to a rapid recovery.”

He points out that borders need to be open “at both ends of the route” for travel to take off again. The recent news coming out of Europe, that UK and Spain are looking at 14-day mandatory quarantine for all international travellers, will only further negatively impact travel numbers. As reported this week, IATA has asked governments around the world to find alternative solutions to quarantines for inbound travellers.

Strickland outlined the challenges facing the airlines, and airports, as economies begin to reopen and travel restrictions ease. Keeping the middle seat empty for social distancing would necessitate airfare increases in the neighbourhood of 30 – 50%, he said, adding that the distance created by keeping middle seats empty isn’t six feet across anyway.

There’s also the issue of consumer confidence in travel, which could mean everything from temperature checks (Air Canada has already announced system-wide mandatory temperature checks), to the possibility of health/immunity passports.

Meanwhile just about every airline seems to be advising that passengers wear masks, however as Strickland points out, the three biggest airlines in the U.S. – Delta, United and American Airlines – have told flight crews that while they can advise masks as a precaution, they can’t enforce it as policy. Imagine the fights that could break out onboard aircraft from that discrepancy, with tensions running high, he says.

“We’ve got to expect a radical change in the size and shape of airlines,” said Strickland. The 747, already used far less than in its heyday, could be permanently out as airlines drastically scale down both their operations and the size of the aircraft needed as the industry recovers. He predicts small overall scale for airlines and a reduction in size of typical long-haul aircraft.

“No doubt this is a reset for the airline industry. It’s a realistic view, not pessimistic. It is going to recover but it’s not going to be quick,” he said. “We are going to see a new aviation order.” Hopefully one that’s seen as a “force for good for humanity,” he adds.