Agents had to earn a spot on the trip based on their sales, as well as ‘social good’ entry submissions. They knew the week-long summit would take place in June, but they didn’t know where. Nor did they have advance details about the itinerary, except that they’d see first-hand the impact of responsible travel on local communities.

Ultimately more than 100 travel agents from around the world took part in the Change Makers Summit. Travelweek attended the FAM as well. 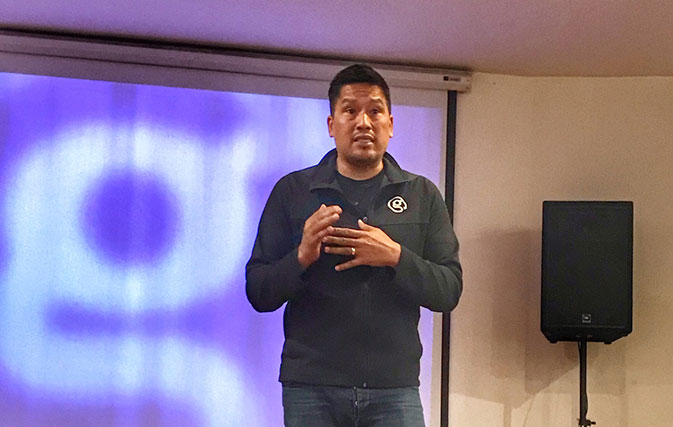 G Adventures’ novel approach is meant to inspire change in the way FAMs are run. “I’ve been extremely angry for years about the traditional FAM policy of this industry,” Bruce Poon Tip, founder of G Adventures, told Travelweek during the summit.

“I know it’s super controversial when I talk about these FAMs,” he says. “Travel agents don’t get paid a lot so they’re in the travel industry to travel, and the head offices are taking advantage of that by not paying them more and offering these FAMs as their incentives to retain employees.”

As a result, many agents pick FAMs based on the date or destination, but “there’s no connection to the operator or why they’re choosing it,” he says. “They’re the face of our company when they’re delivering our brand promise to their customers, and there’s a huge disconnect with this traditional FAM and a lack of innovation in this accepted behaviour of FAMs.”

That was the inspiration behind the brand-new Change Makers Summit, which involved 147 attendees from 17 countries, including 15 Canadian travel agents. The FAM included stays in Lima, Cusco and the Sacred Valley, as well as a day trip to Machu Picchu and a ‘Big Night Out’ bash on the last night of the summit.

More news:  “This is not the end”: Israel remains positive, anticipates return to tourism by year’s end

Poon Tip says previously G wasn’t always getting the right type of agent on its FAMs. But with Change Makers, agents had to earn a coveted spot on the FAM.

“The travel agent becomes an instrumental part of delivering our really aggressive brand promise,” says Poon Tip. “Our product is just not commoditized like it is when you’re selling capacity on ships or in resorts.” People don’t know what to expect when they book a trek in Nepal, a bike trip across Vietnam or a river boat cruise up the Amazon. “They have tons of questions, and that’s the role of the agent.”

While the summit was a chance to connect with agents, it was also a chance to showcase G’s social enterprise projects. Rather than offering volunteer experiences for travellers (a concept Poon Tip feels can’t be done in a meaningful way on organized group trips), G created the Planeterra Foundation in 2003. This non-profit organization supports social enterprise projects connected to G’s tours.

“Planeterra was created because we believe that travel is the biggest form of wealth distribution the world has ever seen and we want to make sure the communities and local people that we visit benefit from travel,” says Victoria Houle, Planeterra’ director of development.

Locals can earn income from tourism by providing accommodations, meals, transportation and cultural experiences. So far, Planeterra’s projects around the world have received more than 500,000 travellers. 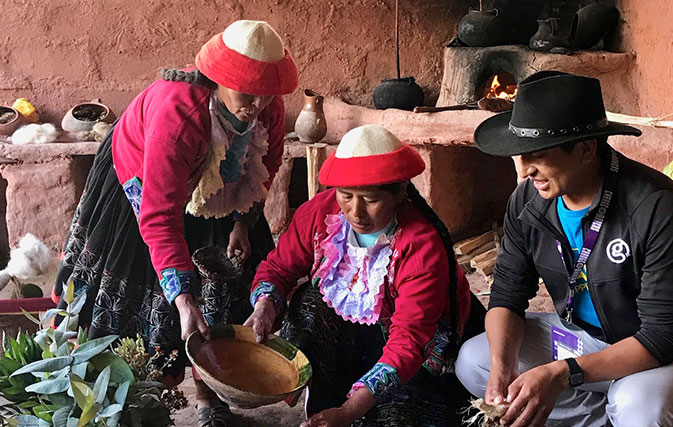 Planeterra lives under the ‘G For Good’ umbrella, which also encompasses the Ripple Score (the percentage of money G spends locally on trip services), Responsible Travel Policies and G Values Fund. “We do this because it’s estimated that out of every $100 that somebody spends in a country on a trip, only about $10 of that actually stays in that community,” says Houle.

During the summit, Planeterra announced the next phase in its evolution. The foundation started out with 25 projects, and in 2015 launched ‘50 in 5,’ with 50 additional projects to be completed within five years.

More news:  “Don’t be afraid to talk travel”: An atypical start to the winter booking season

“We’re so happy to say that we just met our goal of 75 projects in total around the world,” says Houle. “We decided we wanted to up the game, so now we’re going to launch ‘Project 100.’ We are going to be adding 25 more projects by the end of 2020.” 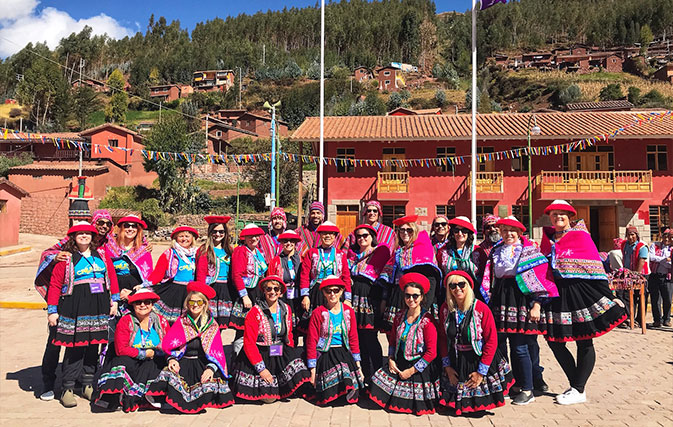 While in Peru, agents visited the Ccaccaccollo Women’s Weaving Co-op in the Sacred Valley. The Planeterra-supported co-op provides an economic alternative for women who previously didn’t benefit from the tourism industry. Today, 60 women are directly employed by the co-op — which uses traditional weaving methods to produce textiles from llama and alpaca wool — but the impact extends to 440 community members, with 10,000 travellers visiting each year.

Agents also visited Parwa Community Restaurant in Huchuy Qosco, also in the Sacred Valley. All income earned by the restaurant is used for investment in social projects for the community. The project directly impacts 65 people, but also benefits 1,000 community members (the ingredients used in the restaurant, for example, are purchased from local farmers).

“My a-ha moment [on this trip] was when we visited Parwa Restaurant,” says Vicky Young, an international travel consultant with Flight Centre in Calgary, one of the Canadian agents who earned a spot on the FAM. “I’ve talked about this project for a very long time with clients.” So seeing it for the first time is something she won’t soon forget.

“Seeing how Planeterra has changed that community is incredible — it’s given new life to them and they continue to pay it forward,” says Young. “I feel blessed to be a change maker and come here this week. I know we love changing lives, but I truly feel that all of our lives have been changed by being here as well.”

We may love travel, but we also know it’s far from perfect. Sure, some forms of travel make the world a better place, but far too many types hurt more than they help. It’s time we all got together, as travellers, to talk about just that.
Go to Videos
FEATURES