TORONTO — The latest trends and new ways to sell the United States once travel reopens were all covered during Brand USA’s ‘Focus on Canada’ event.

Taking place yesterday, Feb. 4, as the first event of the year on the new ‘Brand USA Global Marketplace’ platform, ‘Focus on Canada’ highlighted the importance of the Canadian market in tourism’s early recovery while looking ahead to the eventual resumption of cross-border travel.

“We in the U.S. look at our neighbours to the north and I think we look at family,” said Christopher L. Thompson, Brand USA president & CEO. “We share a border and it’s the largest border we share, but it’s so much more than that.”

“So of course it makes all the sense in the world that our first event in the new year, where we see the glimmer of light getting brighter, would be a focus on Canada,” he added.

Here are some key takeaways from yesterday’s virtual event: 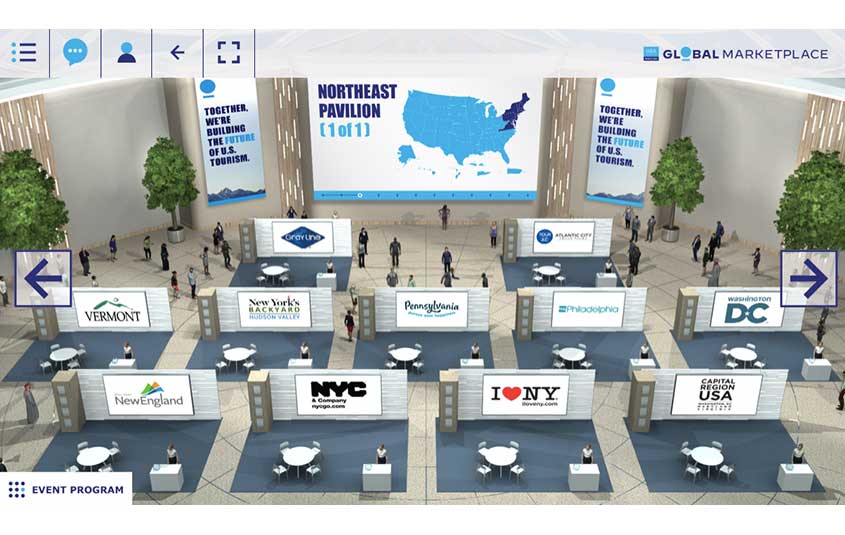 GoUSA TV, Brand USA’s flagship connected TV channel featuring inspiring travel content, will debut later this year on Go Transit’s new GO Wi-Fi Plus free entertainment portal. It will air across GO Transit in Ontario, with exposure to the more than 75 million people who travel on the GO system.

According to Tracy Lanza, Brand USA senior vice president of integrated marketing, nearly two-thirds of the Canadian population has watched digital video in 2020.

“Canada is the number one audience for GoUSA TV,” she said, “and has been from almost the very beginning. And we are absolutely thrilled to reach even more viewers connecting travellers to a wide range of USA travel experiences.”

During the event, Jennifer Hendry, senior research associate of the Conference Board of Canada, shared its latest research findings of the Canadian traveller’s mindset. After noting the importance of transborder travellers to both the Canadian and U.S. economies, Hendry said the crisis is having a “much more prolonged impact than any previous shocks” and that gaining insight into when travel will return continues to be a challenge.

“We’re seeing the planning cycle increasing considerably,” she said. “Obviously travellers need to wait and see what their options are but they are researching possibilities and are ready to go at the drop of a hat.”

The latest research from the Conference Board of Canada shows that nine in 10 Canadians say they miss travelling. Hendry also noted that in Canada’, young singles and newly coupled millennials are expected to be the groups most likely to travel right off the bat, when restrictions are lifted and borders are reopened. She also stressed the importance of “being open and honest,” stating “that will help attract Canadian travellers in the future.”

“It’s hopefully comforting to see the U.S. as the number one foreign country viewed by Tripadvisor users in Canada, with New York City, Las Vegas and Central Florida (Orlando) the top three destinations for Canadian travellers,” she said.

More than two-thirds (65%) of Canadian consumers surveyed said the ability to avoid crowded places while traveling is more important in their choice of destination than it was pre-pandemic. And, more than half (52%) say they are more likely to take an outdoor nature trip than they were before COVID-19 hit.

Tripadvisor traffic and search data in Canadian sentiment all point in the same direction: up,” said Johnson. “Depending on the speed with which vaccine inoculations progress, and the destinations themselves, a sustained recovery for the global travel sector is closer than ever.”

However, she cautioned that due to the market’s continued volatility, “instead of a V-shaped recovery, imagine a more jagged line of progress where sometimes two steps forward will be met with one step back.”