Hawaii Tourism Canada aims to bring Canadian numbers back up

TORONTO — Despite the rainy weather in Toronto yesterday, it was all sun and smiles at an industry luncheon hosted by Hawaii Tourism Canada (HTCAN) and VoX International.

Complete with dance performers specially flown in from Hawaii, the event was attended by U.S. Consul General Juan Alsace, who acknowledged the close relationship between Canada and the U.S., as well as George Szigeti, President and CEO of the Hawaii Tourism Authority and a former top 10 professional surfer. 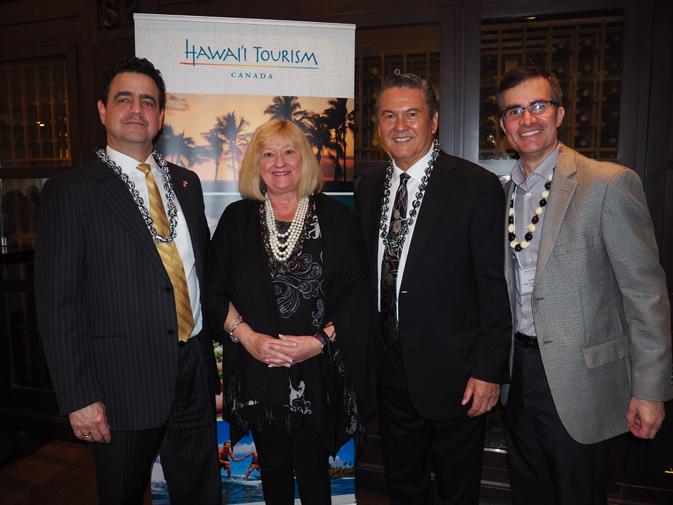 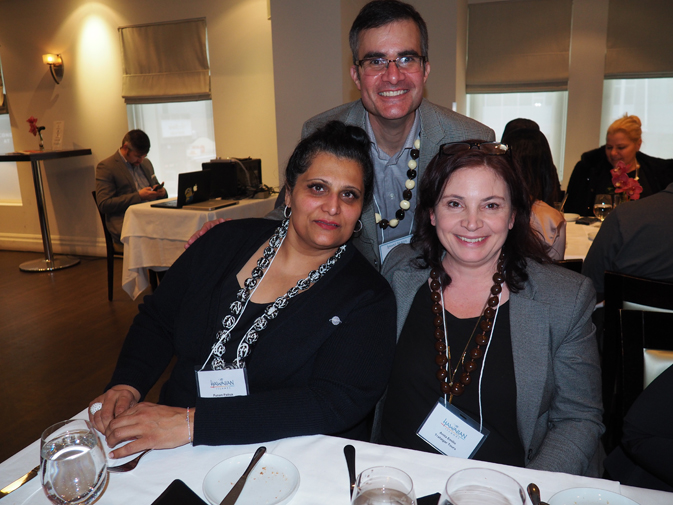 Although, admittedly, Alsace has never been to Hawaii, he said one of his top priorities as Consul General is “the promotion of travel to the U.S.” And now that the Hawaii Tourism Authority has named VoX International as its official marketing partner in Canada – marking the first time Canada has separate representation from North America as a whole – the Canadian market is on tap to recover from a recent dip in tourist arrivals.

The good news is that despite a slight drop in Canadian numbers in 2016, tourism overall in Hawaii is enjoying a big boom, with 8.9 million visitors for a record five years in a row. Alsace is hoping that this momentum carries over into Canada, which he says contributes 21% of all tourist arrivals.

According to Szigeti, Canada is the #2 international market (behind only Japan), with approximately 500,000 visitors per year. But what Canada does have all other destinations beat is average length of stay – at an average 12.62 days, Canadians spend more time in Hawaii than any other international market.

Szigeti also referenced market research that shows more and more travellers are demanding authenticity and choice, which rings especially true among the highly coveted millennial market. As a result, the Hawaii Tourism Authority is putting more focus on technology in an effort to connect millennial-minded travellers with the destination. Recent initiatives include a new Go Hawaii mobile app, which was launched in August 2016, and a Hawaii VR platform, launched last September and featuring 360-degree live action footage of Hawaii’s top attractions. And on April 27, the new Go Hawaii website will be unveiled, complete with more engaging videos.

Lunch today came with a side of #aloha. We are at @sassafraz having lunch with @vox_international and @gohawaii, who are in #Toronto to talk about all things #Hawaii. What a performance! #lunch #media #mahalo #hawaiian #dance #music #culture #travel #tourism #toronto_insta #torontolife #work #potd #instagood #hawaiianstyle #hawaiianstyle

As for when would be a good time to visit this year, Szigeti suggested Sept. 18, the date of the annual Hawaii Tourism Conference, which takes place in Honolulu and welcomes industry partners from around the world. And to mix business with a bit of fun, he encourages visitors to extend their stay by a week to watch a special matchup between the L.A. Clippers and the Toronto Raptors in Honolulu on Sept. 25.

For more information on travel to Hawaii, visit gohawaii.com.