From sea to shining sea: What we learned at this year’s Discover America Day

TORONTO — If you had any doubt that Canadian travellers love the United States, consider this: of the 33 million of us who took an international trip last year, 21 million travelled to the U.S.

This, not surprisingly, makes Canada the top international market for the United States. In 2018 Canadian visitation was up 5% and resulted in US$22 billion in spend, with the forecast through to 2023 showing continued growth.

“What’s really resonating well with the Canadian consumer is that the U.S. market is becoming very dynamic in the types of packages that it offers,” said Colin Skerrit, Regional Director, Canada for Brand USA. “We’re no longer looking at just resort packages where consumers will relax on the beach. The Canadian traveller wants more from the experience, they want to connect more and explore, which is in line with our messaging.”

This focus on more “authentic” experiences was echoed by many travel partners at Friday’s Discover America Day, which took place in downtown Toronto. Now in its 13th year, the annual event connects key suppliers, including airlines, tourism boards and attractions, with members of the media to allow for one-on-one informative sessions.

We asked the following 10 suppliers what the top three things Canadian travel agents should know about in 2019/2020:

1. Brand USA’s third feature film, ‘Into The American Wild’ is set to debut in Q2 of 2020. It centres on the theme of ‘Exploration’, focusing on the experience of one of NASA’s first Native American astronauts in the United States.

2. The new GoUSA TV standalone app features curated content that allows users to search and view experience-based offerings throughout the country, ranging from cuisine to festivals and events. The app is free to download on iOS or Android phones, or on Roku, Apple TV and Amaon Fire TV.

3. ‘USA STORIES’ are being produced by Brand USA’s content development team, which travel across the country to create content for the GoUSA TV app. The team meets with everyone from chefs and influencers to taxi drivers, anyone who can speak to the diversity of the United States as a tourist destination.

1. Kissimmee is the ‘Vacation Home Capital of the World’, with over 22,000 rental homes (all commissionable) ranging from 2-15 bedrooms. Bookable through all major tour operators, these homes offer a much more affordable option to hotels and are situated nearby (some less than five minutes away) to Orlando’s major theme parks.

3. Sunset Walk, a retail and dining complex created by Margaritaville Resort Orlando, also opened this past January at the entrance of the resort. Open to the public, the new space features multiple shops and entertainment venues and restaurants, including the new Estefan Kitchen by Gloria and Emilio Estefan.

2. Wiregrass Ranch Sports Complex is set to debut on Florida’s Sports Coast on July 10, 2020. This brand new, 98,000 square-foot indoor sporting event centre will include eight basketball courts, 16 volleyball courts, cheer and dance studios, a fitness centre and athletic training facilities. It will also be within walking distance to the on-property Residence Inn by Marriott, slated to open in 2021.

3. Also on Florida’s Sports Coast, the Hacienda Hotel will once again open its doors for the first time in over 90 years, starting fall of 2020. Originally opened in 1927, the 40-room hotel has been fully restored to its traditional Spanish-style architecture, done solely by referencing photographs from the 1920s.

1. The Canadian Resident Offer program is running through until April 30, 2020 and includes great savings, up to $80 off a two-visit ticket. Go to https://seaworld.com/orlando/special-offers/canada/ for more information.

3. SeaWorld is reminding travel agents that whenever they sell a SeaWorld ticket, they’re contributing to animal conservation as all of SeaWorld’s conservation efforts are paid for in-house. Over the course of 55 years, the company has rescued over 34,000 animals nationwide with the goal of rehabilitating and returning each animal to the wild. 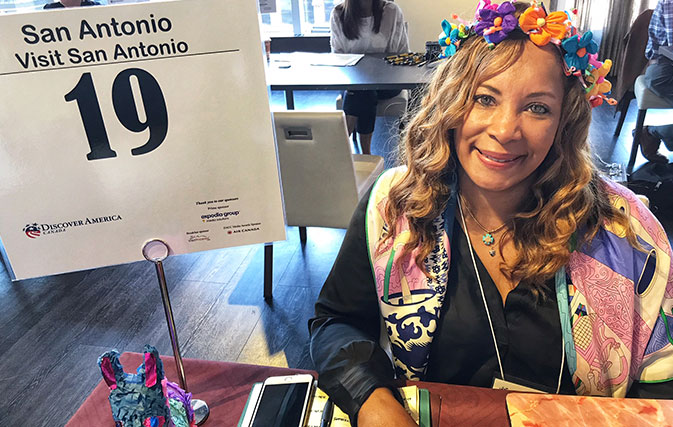 2. Opening Oct. 13, Ruby City is a 14,000 square-foot, US$16 million contemporary arts centre envisioned by philanthropist Linda Pace and funded by the Linda Pace Foundation. It houses 900 paintings, sculptures and installations from local and international artists, and will connect the San Pedro Creek with South Town.

3. San Antonio’s culinary scene has exploded ever since the city was designated as a UNESCO Creative City of Gastronomy two years ago (the only other U.S. city to have this designation is Tucson). Hot new restaurants include Fontaine by Chef Tim Rattray featuring dishes inspired by his grandmother’s southern cooking, and Mr. Juicy by acclaimed local chef Andrew Weissman, who through this new eatery aims to capture the ‘art of the burger’.

1. Air Canada will take delivery of its first new A220 aircraft in December, which will be featured on the Montreal-Seattle and Toronto-San Jose routes. According to Peter Fitzpatrick, Manager Corporate Communications, the airline is “very optimistic” about the A220, defined as a smaller aircraft that can fly longer distances.

2. Air Canada is in the process of launching a new reservations system called ‘Passenger Service System’ (PSS), which will replace its current 30-year-old system. Called a “game changer”, it will make it easier for agents to work and book with the airline. The system will be rolled out in phases throughout this year and next; training is already in progress.

3. Air Canada is proud to be the only carrier to offer Signature Service (complete with lie-flat seats) in North America. This service is available on select long-haul U.S. routes, including Los Angeles-Toronto, San Francisco-Toronto, Newark-Vancouver, and Honolulu-Toronto.

1. A new Canadian Resident Offer includes huge savings on multi-day tickets to all three of Universal Orlando’s theme parks: Universal Studios Florida, Universal’s Islands of Adventure, and Universal’s Volcano Bay. The more days Canadians spend at the parks, the more they’ll save with tickets ranging from US$53 per day, plus tax for a five-day ticket, to $82 per day, plus tax for a three-day ticket (access to one theme park per day).

2. ‘Hagrid’s Magical Creature Motorbike Adventure’ opened this past June inside The Wizarding World of Harry Potter- Hogsmeade at Universal’s Islands of Adventure. Guests ride aboard magical motorbikes and ascend above 1,200 live trees as they explore the wizarding world and its rarest magical creatures.

3. Universal Orlando’s eighth hotel – Universal’s Endless Summer Resort – Dockside Inn and Suites – is set to open in March 2020 with 2,050 rooms. Upon completion, this will bring the total number of rooms at Universal Orlando to 9,000. The new hotel is the sister property to Universal’s Endless Summer Resort – Surfside Inn and Suites (opened June 2019), with both hotels being value properties featuring affordable price points. 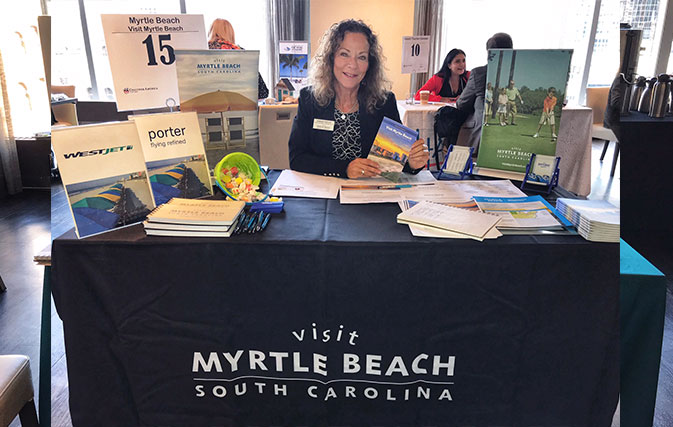 1. The ‘Stretch Your Summer’ campaign encourages travellers to extend their summer travels into fall with value-packed deals, itineraries and more in the Myrtle Beach area. There are 60-hour itineraries at visitmyrtlebeach.com that can be used as inspiration for a micro-trip, plus a host of educational and interactive options perfect for homeschooling families or those with non-school-age kids. 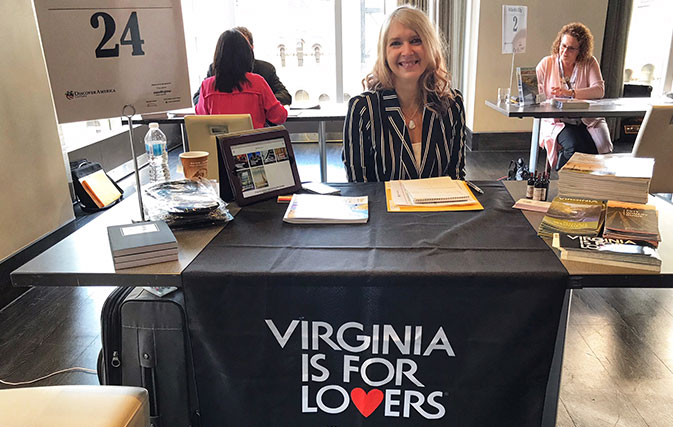 1. This year marks the 50th anniversary of Virginia’s long-running and award-winning slogan, ‘Virginia Is For Lovers’. It’s widely regarded as one of the longest lasting slogans in the travel industry.

2. On the hotel front, The Cavalier Hotel just reopened as a Marriott Autograph property, featuring a distillery on site. Plus, The Bristol Hotel opened in Spring 2019 in a historic building in Bristol, Virginia, a city that sits on two separate states (Virginia and Tennessee).

3. Few people realize that Virginia is a major golf destination, home to over 220 public golf courses throughout much of the state, including Williamsburg, Virginia Beach and Richmond. With year-round mild climates, golf is easily accessible year round.

1. The highly anticipated ESPACIO The Jewel of Waikiki hotel, part of the Aqua-Aston family, opened last month with ultra-luxe amenities that include 24/7 butler access, a rooftop infinity pool and sundeck, oceanfront Jacuzzi on every balcony, an on-site spa and complimentary use of a luxury car.