Has it been 10 years already? Oasis of the Seas gets ready for US$165 million ‘amplification’

Wednesday, May 22, 2019
Posted by Travelweek Group

MIAMI — The legendary Oasis of the Seas will mark its 10-year anniversary with a multi-million upgrade that includes new dining concepts and the ‘Perfect Storm’ trio of waterslides along with the Ultimate Abyss – the tallest slide at sea.

When it debuted in November 2008 Oasis of the Seas was the first to introduce Royal Caribbean’s seven-neighbourhood concept and AquaTheater entertainment venue.

Passengers sailing on the reimagined ship after the 63-day reno wraps up will find a reimagined, Caribbean-inspired pool deck that will feature a Splashaway Bay kids aquapark and The Lime & Coconut signature bar; Quantum Class staple, Music Hall; and new waterslides.

Debuting alongside this lineup will be the cruise line’s first barbecue concept, Portside BBQ, and dedicated karaoke venue Spotlight Karaoke. 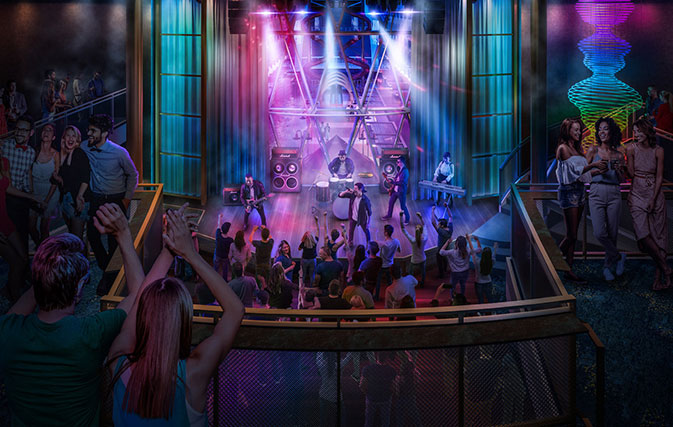 The reimagined Oasis will set sail on Nov. 24, beginning 7-night Eastern and Western Caribbean itineraries from Royal Caribbean’s new Terminal A in Miami.

When Oasis heads to NYC in May 2020 it will be the largest ship to sail from the New York area. Oasis will reposition to its new summer home at Cape Liberty in Bayonne, New Jersey, offering 7-night sailings to The Bahamas with visits to Royal Caribbean’s newly transformed private island destination, Perfect Day at CocoCay.

“When Oasis of the Seas debuted as the world’s largest and most groundbreaking cruise ship a decade ago, the typical cruise vacation as the world knew it was forever changed. Today, our Oasis Class ships continue to lead the industry and attract vacationers new to cruising,” said Michael Bayley, President and CEO, Royal Caribbean International. “Now with the opportunity to disrupt the industry once again, we’ve gone all-in with our biggest and boldest amplification yet. Oasis will turn heads when she arrives to Miami this November and the Northeast in May 2020.”

More news:  Going micro: Why shorter vacations and cruises are on the rise 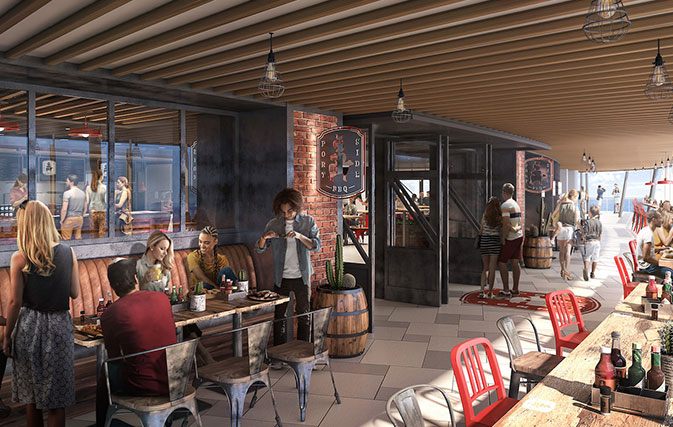 TOP DECK DIVERSIONS
The reimagined Pool and Sports Zone will feature new ways to relax, celebrate and plunge into adventure, says Royal Caribbean, joining the popular twin FlowRider surf simulators, nine-deck-high zip line and twin rock-climbing walls. At 10 storeys, the Ultimate Abyss is the tallest slide at sea, while The Perfect Storm is an action-packed trio of multi-storey waterslides known as Typhoon, Cyclone and Supercell. Splashaway Bay with a Splash Pad for tots, is also on its way, with three waterslides, water cannons, fountains, pools and the first-ever twin drench buckets.

At the center is the new Caribbean-style pool deck with The Lime & Coconut, sure to become one of the liveliest spots on board, day and night, with poolside cocktails, DJs and live music across two locations.

Oasis will also deliver a larger variety of seating and shade on deck, including casitas, daybeds, hammocks and swing seats, new whirlpools on the top deck, and a refreshed Solarium for the adults. 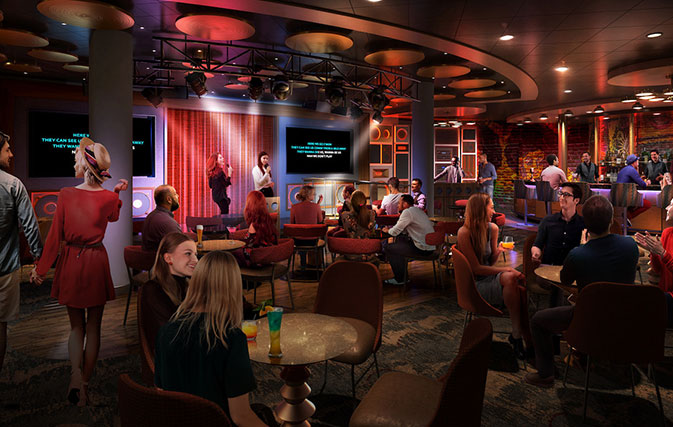 DINING
New dining venues will further diversify Oasis’ 23 specialty and complimentary options. Portside BBQ will offer an authentic, meat-packed menu inspired by the best-in-class barbecue across the U.S., says the cruise line. There’s also Mexican grab-and-go fare at El Loco Fresh. Playmakers Sports Bar & Arcade will anchor the lineup in the Boardwalk neighbourhood. And Sugar Beach will have more than 220 types of candy and a new walkup ice cream window.

BARS & NIGHTLIFE
The upgrade will add the new Spotlight Karaoke on the Royal Promenade, plus live music venue Music Hall, first introduced on Quantum of the Seas. And a duo of robotic bartenders will mix, muddle, stir and shake cocktails nonstop at the Bionic Bar. 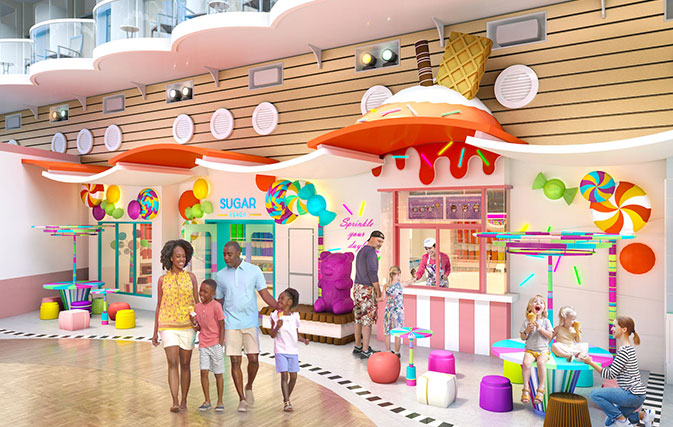 FAMILY FAVOURITES
Adventure Ocean will receive a total makeover, with newly designed areas organized by activity type. Returning offerings include a nursery for the youngest of travellers, and a specialized area with programming for kids three to five years old. The hangout for teens includes a hidden entrance, gaming lounge, movies, music, and a new, laidback outdoor deck. There’s also a new glow-in-the-dark laser tag game, Clash for the Crystal City, and the new Royal Escape Room – Mission Control: Apollo 18.