MIAMI — New details have been released about the first roller coaster at sea, which is set to debut onboard Carnival Cruise Line’s Mardi Gras in August 2020.

While at the annual International Association of Amusement Parks and Attractions (IAAPA) Conference in Orlando, Carnival Cruise Line President Christine Duffy, who was joined by the line’s Chief Fun Officer Shaquille O’Neal, revealed that BOLT’s all-electric, motorcycle-inspired vehicles will be adorned with metallic red and blue stripes and an eye-catching yellow lightning bolt. It will also feature a digital speedometer display and speakers with new sound effects. 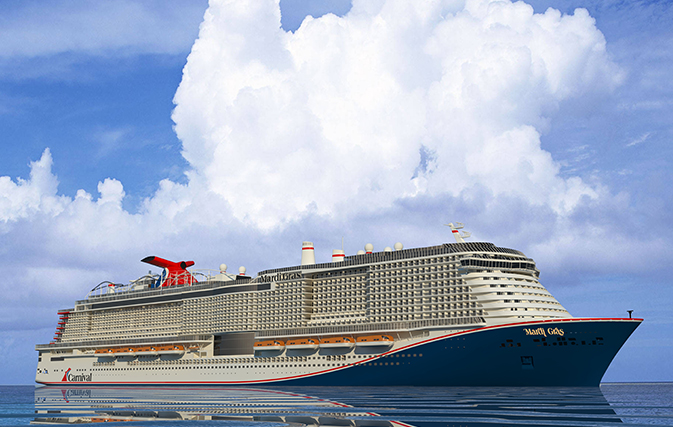 Cameras will be located along the 800-foot-long track as well as within the vehicle itself, providing riders with unique photo keepsakes as they race 187 feet above the sea at up to 40 miles per hour. Guests choose their own speed so no two rides will ever be the same.

“Whether guests want to get an adrenaline rush or take it slow and enjoy the breathtaking views, BOLT will have it all,” said Duffy. “Combining the most talented designers, technicians and attractions professionals in the industry, we’ve taken fun to a whole new level with this amazing onboard experience that is also a true game changer in our industry.”

BOLT will be the centerpiece of the Ultimate Playground, one of Mardi Gras’ six themed zones that spans Decks 18-20. It’s also home to the largest WaterWorks aqua park in the Carnival fleet, featuring three slides designed for all ages: Blue Lightning, Orange Thunder, and Carnival’s signature Twister slide. Other features will include a kids splash zone complete with a 150-gallon PowerDrencher tipping bucket and water toys. 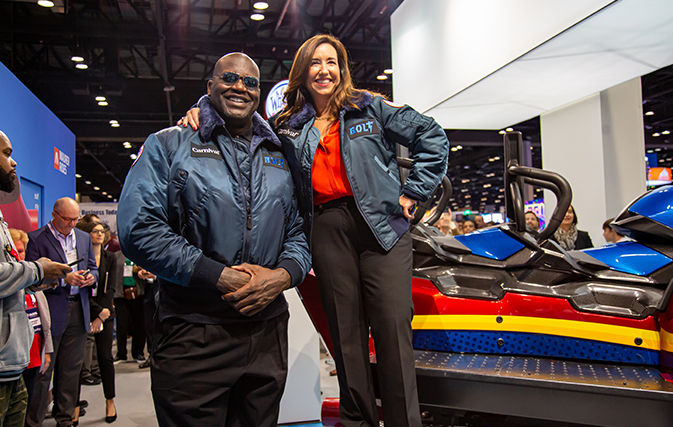 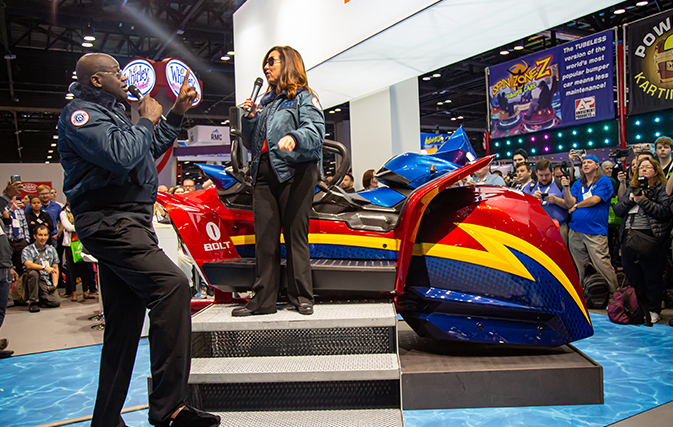 Also not to be missed onboard the Mardi Gras is the expanded SportSquare recreation complex, which features a 600-foot-long suspended ropes course – the longest in the fleet – as well as a nine-hole miniature golf course, jogging track, outdoor fitness equipment and a basketball court.

A virtual tour of The Ultimate Playground can be viewed here: https://www.youtube.com/watch?v=mYLeJuLzHzs&feature=youtu.be.

Mardi Gras is slated to enter service in Europe on Aug. 31, 2020 before repositioning to New York for a series of voyages. It will then shift to Port Canaveral for year-round, seven-day Caribbean cruises beginning in October 2020.