At a cost of US$10 million, the expansive seaside resort located next to the town of Las Terrenas has implemented a new concept called ‘Mirror of the Sea,’ which is evident through colours, textures and lighting, all of which mimic the surrounding marine environment. The entire complex itself takes the shape of a charming coastal town, with a central square that serves as the heart of the resort. 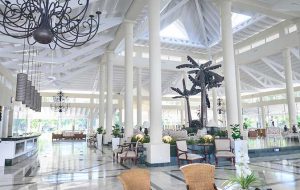 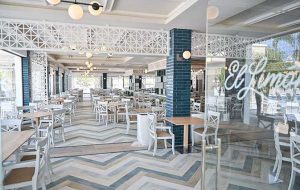 “We’re pleased to bring this beloved property, Bahia Principe Grand El Portillo, back to life now with a fresh and serene new look that reflects the crystal blue waters that surround it,” said Isabel Piñero, Vice President and marketing & communications at parent company Grupo Piñero. “The property, which celebrates its 20-year anniversary next year, was not on the roster to undergo extensive updates. But after experiencing a fire on-site while closed and evaluating its value in the region, as well as for the local community, we decided to make this substantial investment and bring it back for all to experience and enjoy.”

There are six restaurants on site including the Gourmet La Terriene for French cuisine, the main buffet restaurant, El Limón, the lively Fish Bar for the day’s freshest catch, La Pecera for intimate dinners for up to 20 people, the Greek that showcases a Peloponnese menu, and the Sports Bar, an adult playground featuring live music.

Additional amenities include two swimming pools with water beds and wet bars, a wellness spa with ocean-enthused treatments, a children’s water park and a theatre for conventions and events.

Guests will also be privy to Bahia Principe’s new digitized features that promote social distancing across several areas such as pre-check-in, the Kids Club, restaurants and checkout. These measures, paired with Bahia Principe’s extensive safety and sanitation protocols, assure peace of mind throughout a guest’s stay.

Bahia Principe Hotels & Resorts has a total of four resorts in Samaná, a peninsula located on the norther region of the Dominican Republic. The company has been working to reopen a number of its properties in Sun destinations, including the newly renovated Bahia Principe Grand Tulum in Mexico. 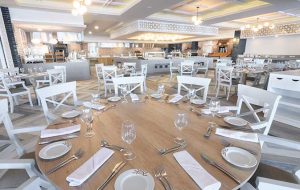 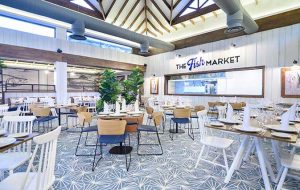 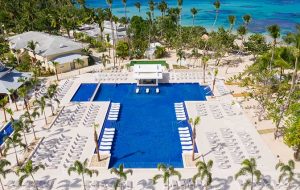 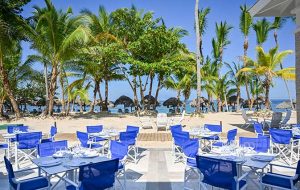 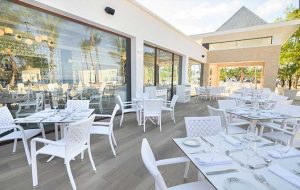 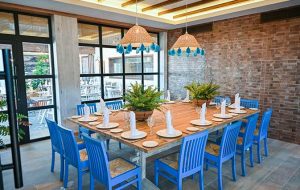 For more information go to ww.Bahia-Principe.com.