According to data and analytics company GlobalData, seven Asian cities made the top 10 in a list of top international tourist arrivals in 2017. These include Bangkok, which continues its reign as the top international destination globally for the third consecutive year with 20.8 million international visitors in 2017, as well as Singapore, Tokyo, Hong Kong, Seoul, Kuala Lumpur and Shenzhen.

Europe, Middle East and America were limited to just one city each on the list – London, Dubai and New York City, respectively.

London was the second most preferred destination, with 20.4 million international visitors riding on the back of the British Pound since the Brexit referendum, followed by Singapore, Dubai and Hong Kong with 17.42 million, 15.8 million and 14.03 million, respectively.

Depreciation of most of the Asian currencies (except the Chinese Yuan) played a key role in attracting international visitors to Asia. Thailand’s numbers were specifically boosted by tourism-friendly visa policies, strong promotional efforts and low-cost connectivity.

GlobalData expects Asian cities to continue to dominate the top 10 ranking list in terms of international destinations, primarily due to various initiatives such as implementation of single visa by the respective governments of Association of Southeast Asian Nations (ASEAN) member-states, the advent of low cost carriers and enhancement of transportation by developing highways and railways in Asia. 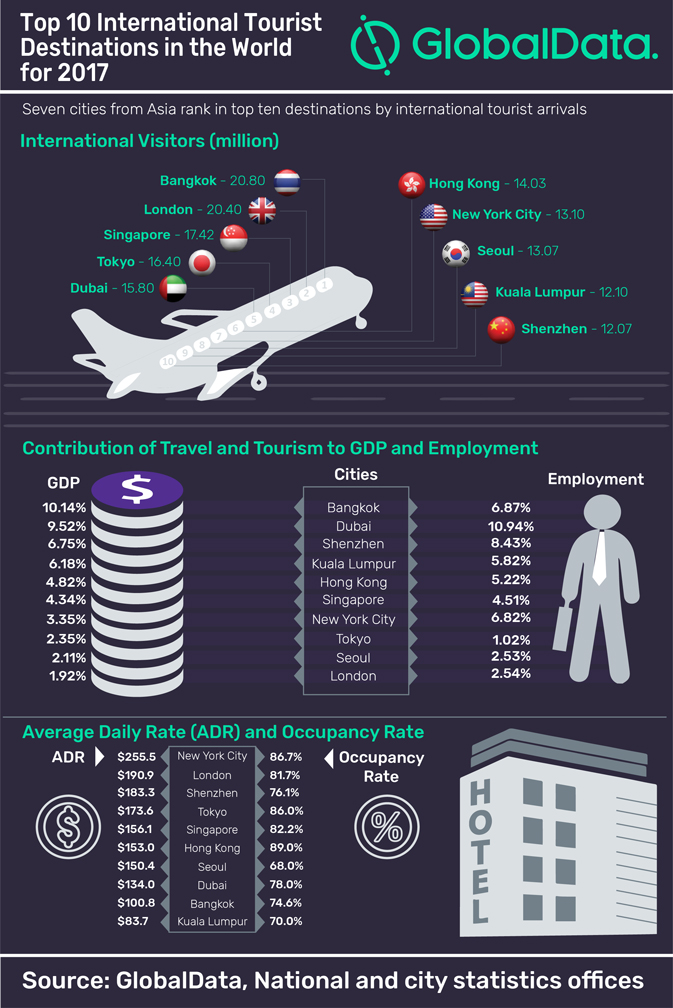