Wednesday, May 13, 2020
Posted by Travelweek Group

SEATTLE — Holland America Line president Orlando Ashford and Seabourn president Rick Meadows have announced their plans to leave their respective cruise lines at the end of May.

Ashford has served as president of Holland America Line since 2014, overseeing a successful transformation of the brand that brought an emphasis on live music, gourmet dining and immersive enrichment to the line’s onboard experience.

In recent weeks Ashford was instrumental in getting Holland America’s ships home amid travel restrictions and border closures. At the height of the crisis, when the Zaandam and the Rotterdam were denied port access, Ashford penned an open letter saying the stranding of the Zaandam and the Rotterdam was a humanitarian issue, calling on government officials to do the right thing and permit the ships to dock.

Holland America recently extended its pause in operations and cancelled all Alaska, Europe and Canada & New England for 2020. 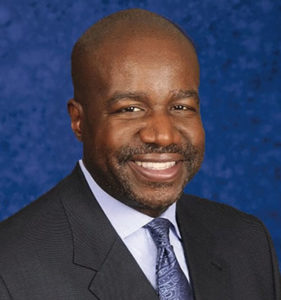 “Today, a global pandemic has impacted our industry in ways that are completely unprecedented,” says Ashford. “However, I believe it is human nature to travel and explore new places and cultures and meet new people. I have no doubt that Holland America Line will thrive again soon, and its guests will be ready when cruise operations resume. I look forward to being one of the first to sail.”

Ashford added: “It has been an honour and a privilege to lead the evolution of the Holland America Line brand for more than five years. I can’t say enough about the talent and teamwork both shoreside and on board the ships that has driven our many successes over the years.”

Stein Kruse, Group CEO of Holland America Group and Carnival UK, said Ashford made a substantial contribution to Holland America Line during his tenure, “bringing a renewed energy to the premium cruise line that was recognized with many awards and accolades. His unique background as an innovator and global leader in human resources was highly respected in our organization and his dynamism will be greatly missed.”

Meanwhile another Carnival Corp. cruise line is losing its leader with the May 31 departure of Seabourn president Rick Meadows.

Meadows announced he’s retiring from Seabourn after a 35-year career with Carnival Corp.

Seabourn has extended its suspension of operations through mid-October and into November, with dates varying by ship. 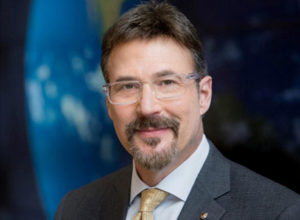 “I’ve had so many amazing opportunities throughout my career, passionately leading a number of global cruise brands as well as working with so many talented team members, travel advisors and other stakeholders around the world,” said Meadows, who has led Seabourn as president since 2011. “It has been a true honoru to help craft those lifetime memories and special moments for our guests, through the profound power of travel, which brings people and cultures together. I look forward to the day when we can once again welcome our guests back on board.”

Kruse said Meadows’ contributions to the cruise industry and his leadership in elevating Seabourn to the ultimate ultra-luxury cruise experience are “legendary”.

“He will forever be part of our Carnival Corporation story and he has made us all better through his professionalism, authenticity and leadership.”

Between 2014 and 2016, Meadows was also president of Cunard – North America, and assumed operating responsibility for the Cunard brand throughout North America.

Prior to his appointment at Cunard, Meadows was in a dual-capacity role, serving as both president of Seabourn and EVP of Marketing, Sales and Guest Programs for Holland America Line.