TORONTO — Here comes Santa Claus – for the 15th straight year – on an Air Transat flight with hundreds of deserving children and their families also onboard.

Launched in partnership with the Children’s Wish Foundation of Canada, Air Transat’s annual ‘Flight with Santa Claus’ took off yesterday, Dec. 4, from Montreal, Toronto and Vancouver. 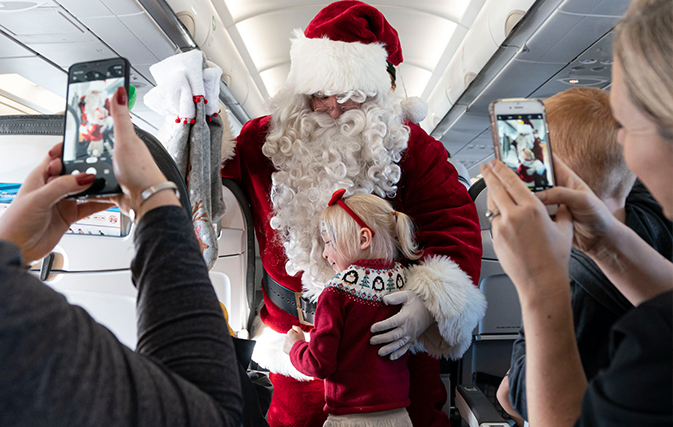 After being greeted by elves and animated characters at Air Transat check-in counters, participating kids and their families boarded their flights where, shortly after takeoff, jolly old St. Nick made a surprise appearance.

“After 15 years, the ‘Flight with Santa Claus’ has become a genuine tradition at Transat,” said Jean-François Lemay, President, Air Transat. “Every year our employees are totally committed to this exceptional moment, so that each and every sick child can enjoy some happy time with their loved ones. We want to thank all our volunteers and partners, including Montreal-Trudeau, Toronto-Pearson, Vancouver International and Paris-Charles de Gaulle airports, which make it possible to hold this event.” 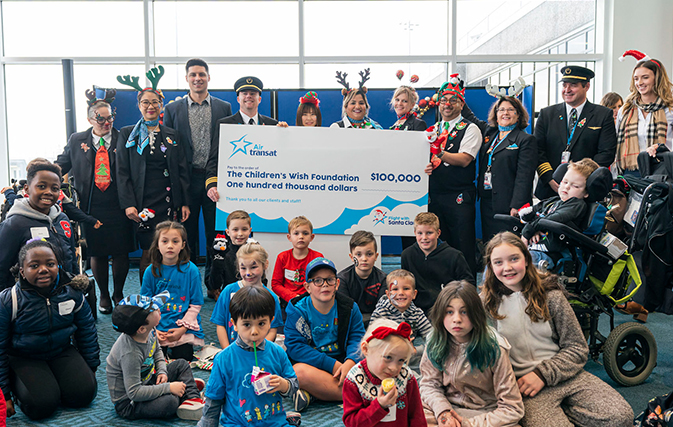 With this year’s flight, Air Transat presented Children’s Wish Foundation with a $100,000 donation. The funds were collected throughout the year as part of the Small Change, Big Hearts program and other fundraising initiatives. This donation is in addition to the more than $6 million the airline has donated to the Foundation since the start of their partnership in 2004.

For more information, follow the hashtag #SantaFlight on social media. 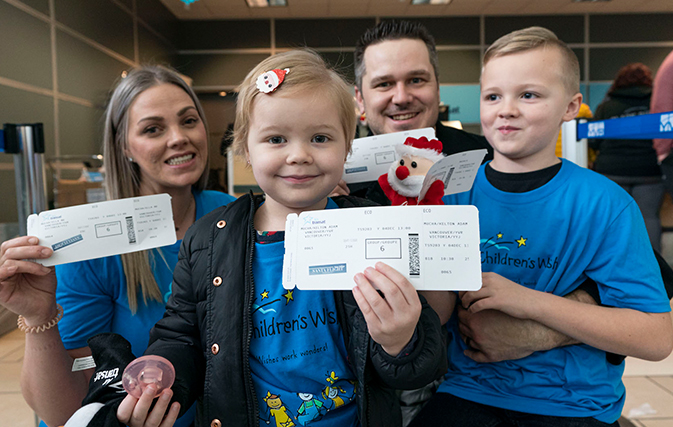 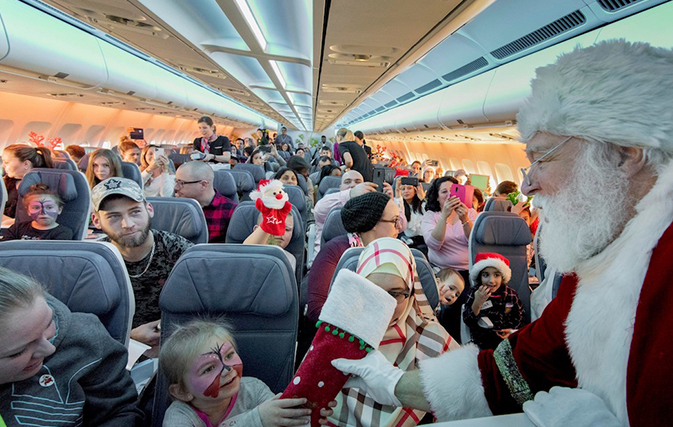 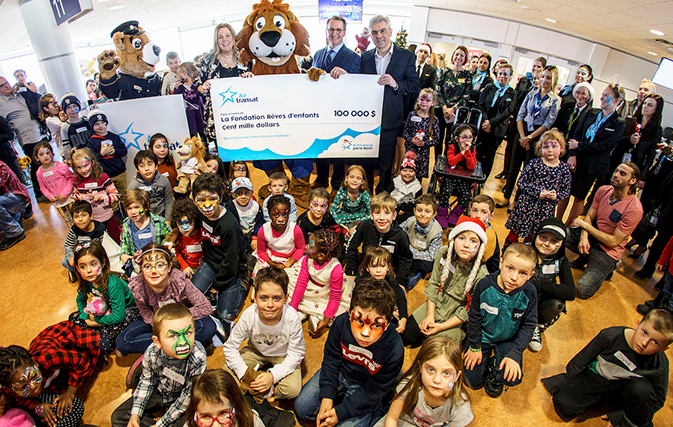 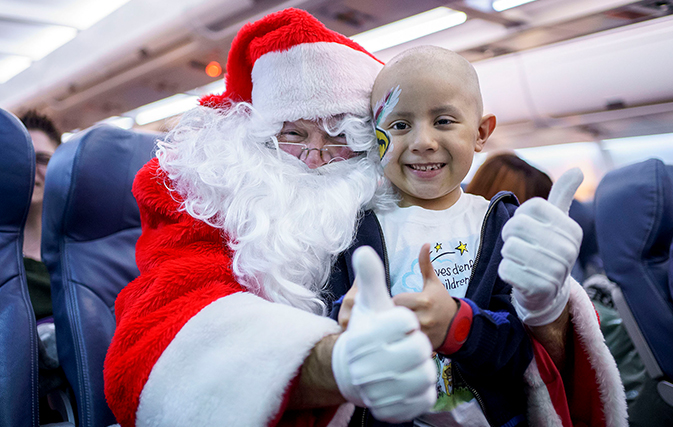