MONTREAL — Come this summer, Air Transat will be offering a total of 95 direct flights a week from Toronto to Europe, the South and the United States.

The leisure airline has announced its 2020 summer flight program for Ontario, which in addition to flights to popular destinations in Europe, the South and the United States, will also include new direct summer service to Faro, Portugal.

Here’s a complete overview of its Ontario summer program:

Moreover, Air Transat will fly direct 3x/week to Barcelona, Zagreb and Athens, and 4x/week to Amsterdam.

The airline has increased its number of flights from Toronto to Europe with connecting flights through Montreal to Basel-Mulhouse (Switzerland), Bordeaux (France), Brussels (Belgium), Lyon (France), Madrid (Spain), Malaga (Spain), Marseille (France), Nantes (Frances), Prague (Czech Republic), and Toulouse (France). New to the roster will be Copenhagen from Montreal, flying twice a week. 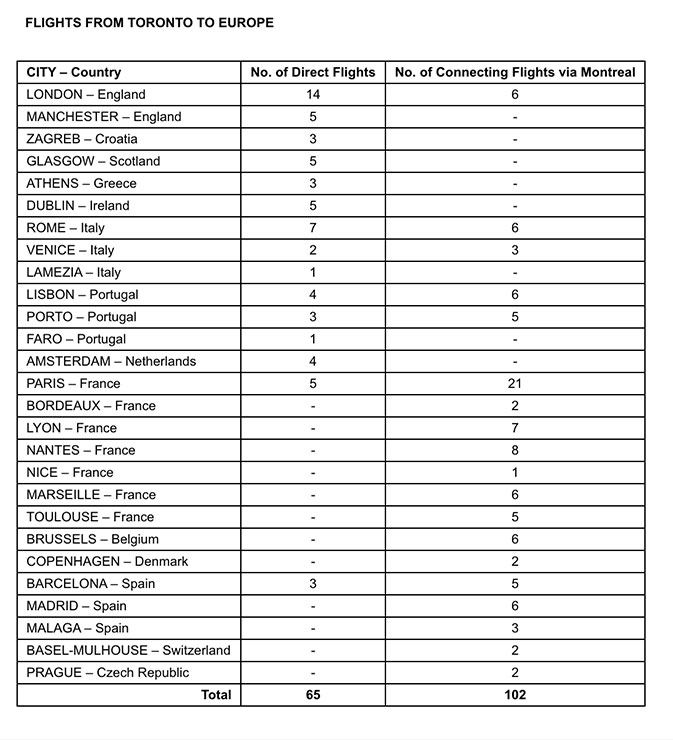 During peak season, the airline will also offer two direct flights a week to Fort Lauderdale and Orlando. 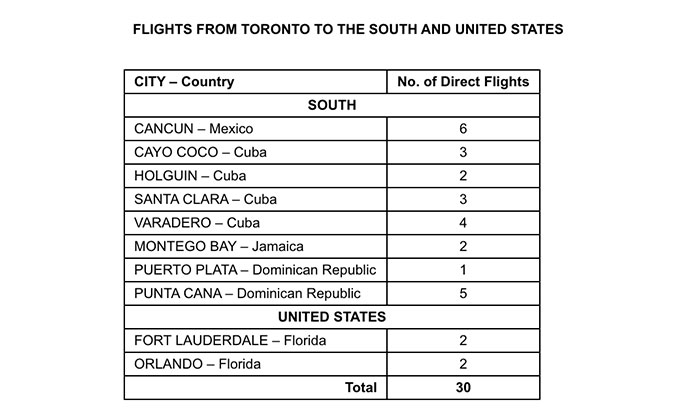 Each week there will be 16 departures from Toronto to Montreal, 12 to Vancouver and 4 to Calgary.