Visiting the Hanging Monastery and Yungang Grottoes with G Adventures

The next leg of G Adventures’ ‘Hidden China & Inner Mongolia’ trip took us to Datong in the Chinese province of Shanxi. It’s a major energy-producing city that burns massive amounts of coal. Yes, the air was dirty, but it was a prime example of a quickly developing Chinese city with a brand new train station, eight-lane boulevards and high-tech industrial parks, plus seas of 30-storey apartment towers (even though many remain unoccupied, leaving the much talked about ‘ghost towns’). It’s weird that a country with 1.4 billion people can seem so empty sometimes.

Datong has a few main tourist attractions including the Hanging Monastery and the Yungang grottos, both of which we visited, plus some sections of the Great Wall, a city wall and several old temples. This city is not used to Western tourists so we had to get used to some staring (but in a very curious and warm way, not threatening at all). Lots of people wanted photos and we happily obliged. 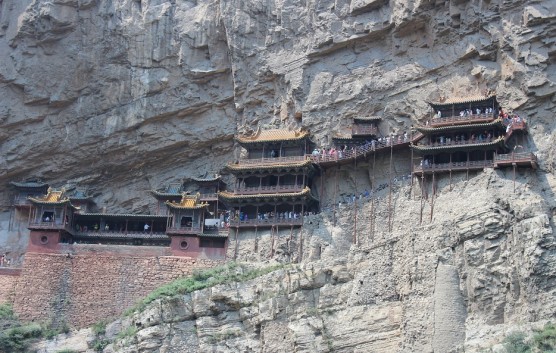 The Hanging Monastery is about an hour and a half drive from Datong, situated in the surrounding mountains. It is the world’s oldest wooden pagoda built into the side of a cliff and supported by many stilts, an impressive construction feat considering it was built as a centre for Buddhism, Confucianism and Taoism 1,500 years ago. It is a stunning sight to see, and the symbolic significance of three religions co-existing in harmony was not lost on us. Imagine a world where the major religions share sacred space!

Our next stop was the Yungang Grottoes, a UNESCO World Heritage Site built in the 5th century that houses more than 51,000 Buddha statues carved into the mountain caves. One of the Buddha statues was 17 meters high with blue hair, peacefully watching over the crowds of tourists and creating a very chilled out vibe. Besides the statues, I was also impressed by the amount of money the government is investing in tourism infrastructure (there’s a brand new, massive welcome centre, tourist market and other grand structures), though again if felt a little empty. 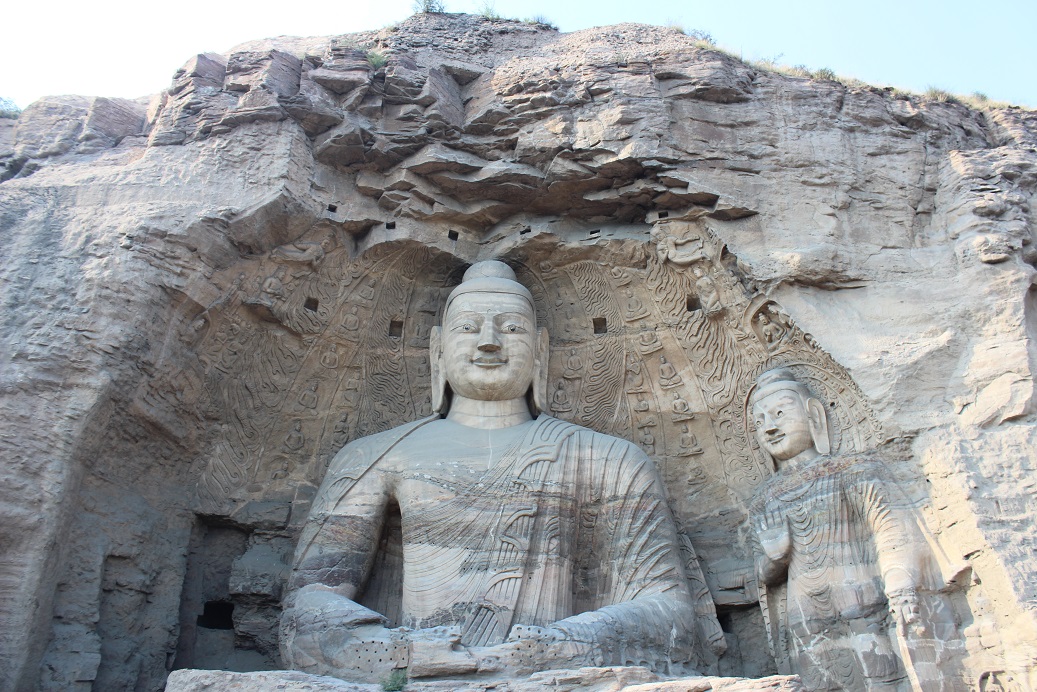 17 metre Buddha at the Yungang Grottoes

Back in Datong we had some free time to explore, so bored of the Chinese food and knowing that watermelons were in season, I decided to find my own dinner. Sitting on the side of the street with a friend, mowing the deliciously sweet melon was quite a sight for locals who stopped to say hi and make sure we were comfortable. We got the same lovely welcome as we wandered the night market, desperately trying to find a fun souvenir and perhaps something nice to add to my wardrobe back home. Though I quickly realized that finding female clothing for my 5’10’’ frame was next to impossible in this country.