Running marathons was not part of the plan. In fact, the mere idea was so daunting. 42.2 kilometres? Yikes! I truly believed this was not in the cards for me, but a handful of elite running friends whom I admired made a formidable distance look like a run in the park. Fast forward to the present and here I am, having just run the Tokyo Marathon and completing my sixth and last of the World Marathon Majors in a faraway and vibrant country, Japan. How lucky am I? 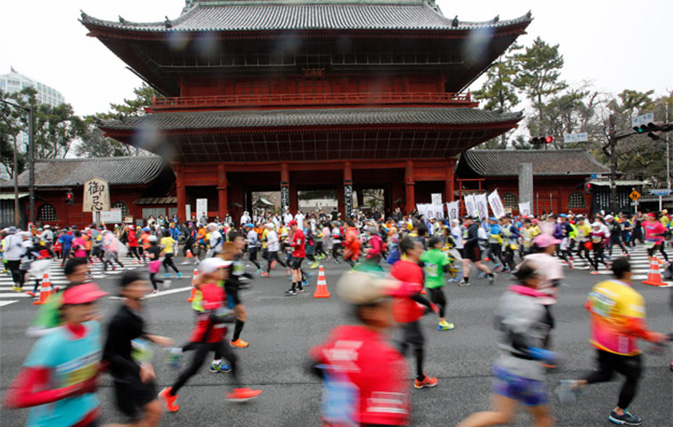 My initial stop was Tokyo to run the marathon and enjoy the whole race experience. This much sought after race receives over 300,000 applications vying for just 35,000 spots. To say there is a running craze for Tokyo is a complete understatement. Coming in late to the lineup of the prestigious Boston, New York, Chicago, London and Berlin, it has become a desirable race for those chasing the coveted Six Star Finisher medal and the bragging rights that go with it.

Leading up to race day was my obligatory visit to the Expo. Collecting the bib process was very organized, with English-speaking volunteers and lots of security. Asics, being the official sponsor, was the most popular area, maintaining a constant stream of shoppers looking for snazzy runners and gear. Forewarning, the Expo is LOUD. There were endless booths with spokespersons shouting in Japanese trying to get your attention.

Tip: if you’re not in a hurry, there are lots of photo booth stops where you can vogue away for those faddy souvenir shots.

When race day arrived, I was pleasantly surprised by my ability to assimilate to the time difference. The 14-hours difference, which seemed intimidating at first, was not even a consideration (amazing what a few nights’ sleep can do). The day itself was overcast and a cool 8C – my kind of running weather (sad, but very true)!

Here are some of my race highlights and reflections:

Having the buildup of the run behind me, my post-race days in Tokyo allowed me to tackle my pent up ‘must do, must eat and must experience’ list with sheer determination. One of my personal favorites was renting a kimono and having my hair done in Asakusa, where I later hobbled around the Senso-ji temple grounds in my traditional Japanese sandals. 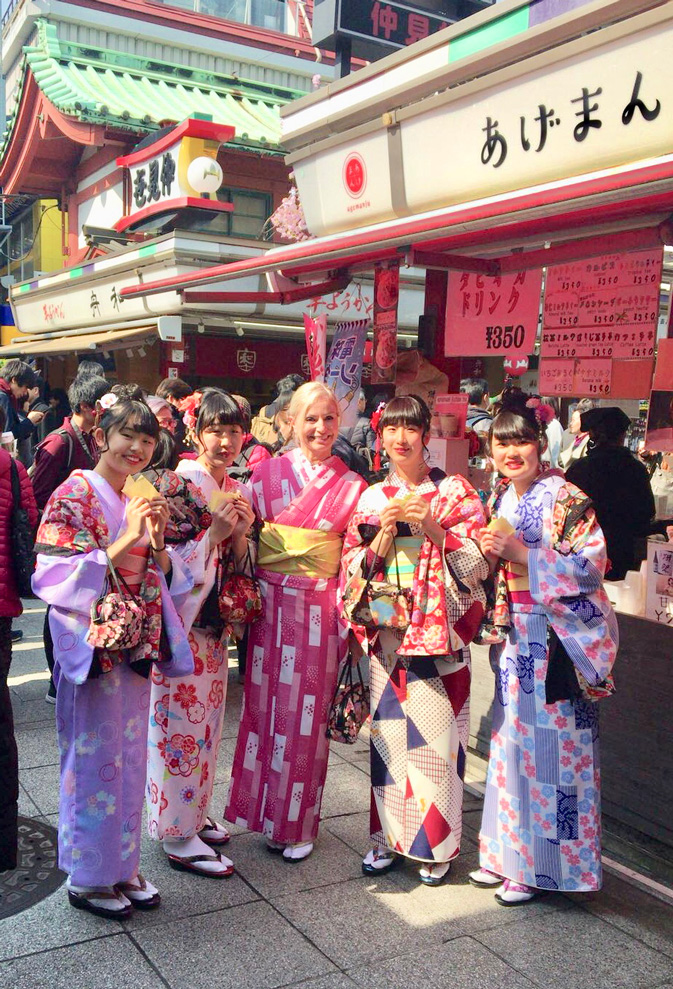 With Tokyo’s many beautiful tranquil gardens, historic shrines and temples tucked-in throughout, it’s easy to get away from the city’s hustle and bustle. I enjoyed walking through the peaceful Meiji Shrine grounds and relished my traditional tea experience in Hama-rikyu Gardens. 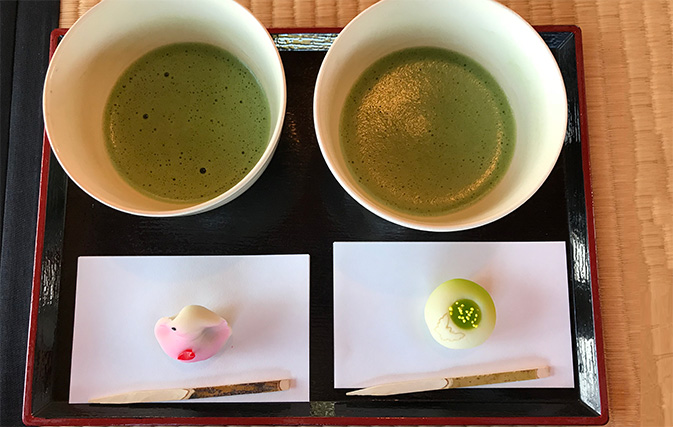 Pop culture is alive and thriving in Akihabara and Harajura. Another must-try experience is a pop culture café. The Monster Café was recommended and it did not disappoint. This unique venue put you on sensory overload the moment you walk in. The funny part is the food was just as colourful as the venue itself. And don’t be surprised if you’re pulled on stage to dance on a rotating cake – only in Tokyo! 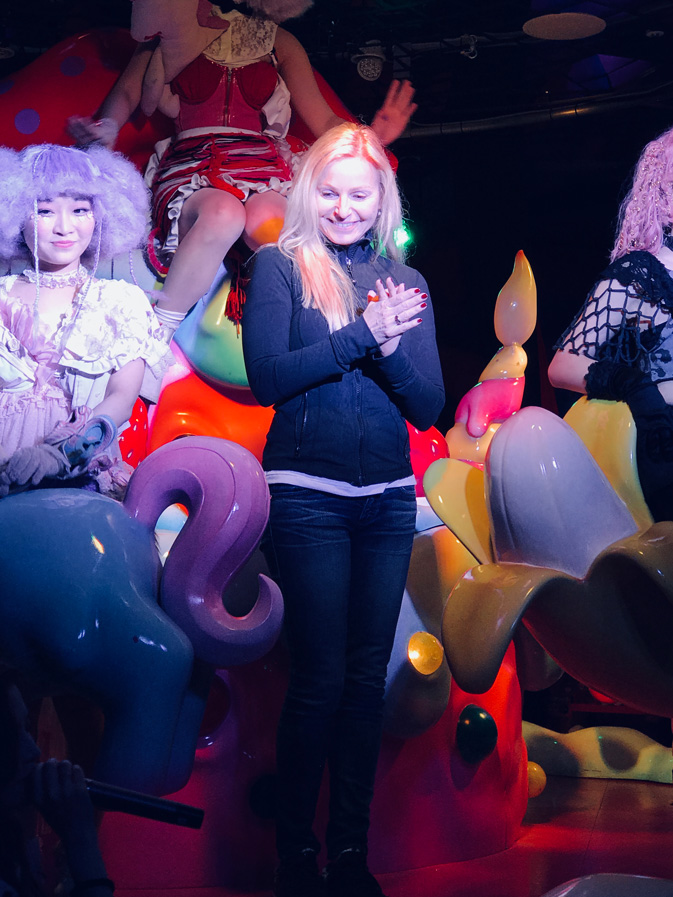 My days in Tokyo were filled to the brim and it didn’t take me long to realize that there was so much more to still see and do and I’ve only just scratched the surface. I did manage to have a sake tasting experience, explore the Tsukiji fish market along with a sushi lunch, stand in the centre of the Shibuya 5 street pedestrian crossing (busiest in the world), and, of course, shop in the mega department stores of Ginza, all the while eating my way through many delicious meals and Tokyo’s finest sweets.

As I reflect on my destination races and the end of my six star journey, there comes a bit of sadness as well as joy. The ever-popular question that I get asked frequently is, “what’s next?” Hmmm, I don’t have the answer right now but I’m sure there will be a ‘next’. 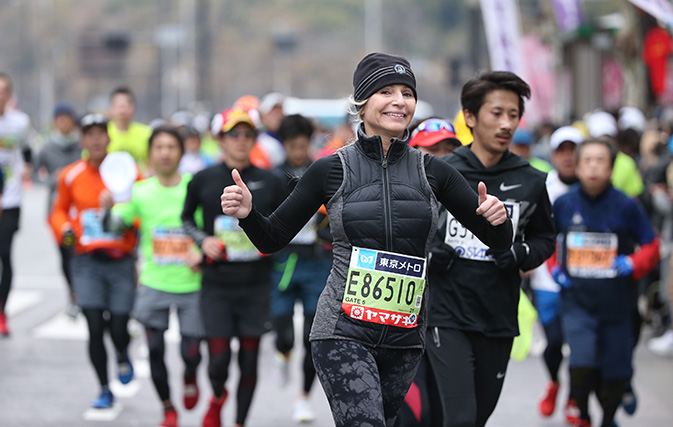