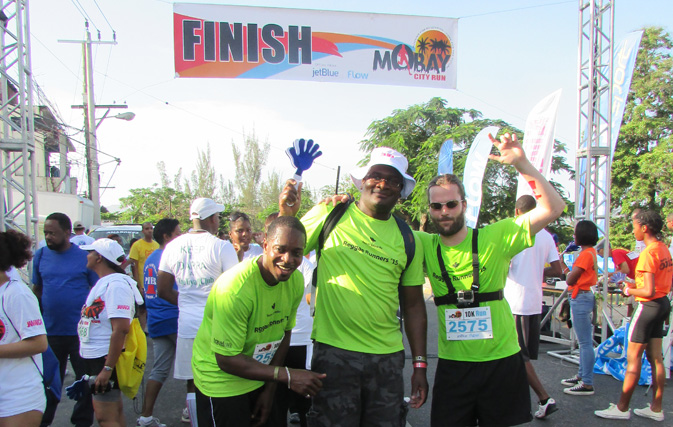 The warm air doesn’t feel real until you reach 2.5 kilometres and you notice people are beginning to turn around. Part of your mind is telling you, “Just go with them, it’s okay, there is nothing to lose.” Pushing through the walkers, the 5k runners, you drive along the path through Montego Bay, passing merchants and city workers as you follow the leader ahead of you. These are not Western streets, the signs are not quite the same, and in most cases inverted; it takes a while to get used to cars driving on the opposite side of the road. The other part of your mind, the part that stays with you until the trip is over, says “Good job. You earned this.”

Races like the Mobay City Run are not a big deal competitively in Jamaica, and are considered leisurely by marathon standards. The first-place runner finished his 10k in 38 minutes, which is insanely fast considering the heat and weight of the sun that morning. Jamaica is a place for the proud and humble, and you’re hard-pressed to find someone willing to complain about the heat. The runners were incredibly supportive of one another, cheering on each racer through the depths of the 10k. Once you turn around to finish the last half of the race, the heat feels twice as powerful. The strides becomeslower, and even after a few Gatorade stations and some Jamaican branded “Wata,” there is nothing that can push you forward except determination. It’s no wonder this country has produced some of the finest runners in the world.

So you’re running, and for a while it doesn’t hurt. Maybe this is the 5k resting point – but there is no reassurance. For the remainder of this race is a lonely one, with only 30% of the total racers taking on the 10k stretch. This becomes increasingly evident beyond the 5k turning point. It’s unimaginably hot by Canadian standards, but nobody seems to have the energy to remark on it, or the time to share. 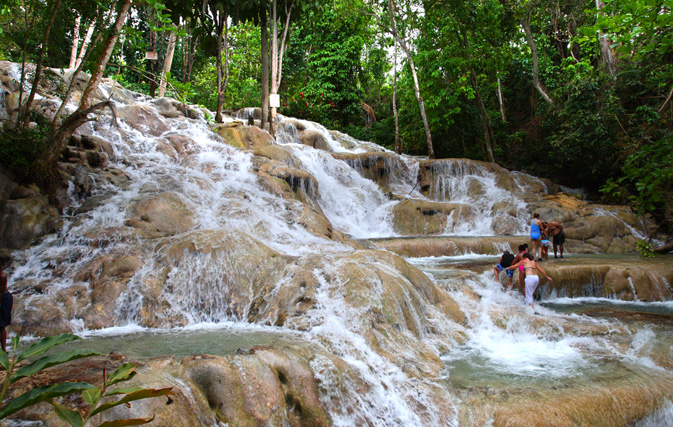 I thought about the days prior, hiking Dunn’s River Falls with the other Reggae Runners, and the amazing opportunity to explore Jamaica. The cool fresh water pushing through the pools and rocks as we climbed up against the current. Travel is about more than getting away from the comforts of home, and Jamaica is a great place to experience eco-tourism and adventure at its finest. The feeling of accomplishment after a long hike, or a long run in a foreign place, is worth it every time.

Living off fried plantains and jerk chicken for the previous few nights had spoiled me with more than enough fuel to keep my body running lean. The food in Jamaica is much better than Canada, and this is apparent with how the locals approach athletes. From the cliff divers to the soccer players, Jamaica is full of activities and people willing to push their limits. The intensity of the run requires the body to forget pain, and the mind switches into fight-or-flight mode that is helpful when running any race. I had probably only been running for 25 minutes, but in Jamaica, where everything is “All Right”, time feels a lot slower. The heat and exposure to direct sunlight leaves the body feeling disconnected. For a moment I thought I would quit but my body would not stop moving. I had committed to the race, the sun burns, and the long ride home. So I pushed on until the roads met up with the central route and all the walkers reunited with their 10k counterparts. I felt the heaviness of my sweat as my legs began to melt into what felt like puffy marshmallows. The city approached and runners began to pick up pace. I held my thoughts and started to sprint for the finish line.

There were small crowds of people holding on to each other as they finished, so I snuck around them. My teammates cheered on in the distance and the air began to feel cooler. Possibly from the limited shade of the final stretch, but I like to think it was because I was moving so fast. It was impossible to tell when the end would come. At times I thought I was in last place, whatever place that could be. But this was not a race where you lost by placing late. The charity had raised its dollars, and we had to commit our bodies to complete the run.

The mental race proved to be far more difficult than the physical one, but I would do it again in an instant. There is a magic beyond the all-inclusive resorts and the man-made beaches, and we ran through it, into the heart of the markets and town squares, the local hospitality and islandculture. Running a race in foreign places is a challenge that forces you tobecome more than a tourist, and for those 58 minutes through the city, I experienced the true Jamaica: a unique island where the food is fresh and the rum is sweet.

Justin Harney is a Content Marketing specialist at tripcentral.ca and an avid runner. He loves adventure, writing, and exploring the world.