Get ready for ‘Limitless Summer’ in New Hampshire 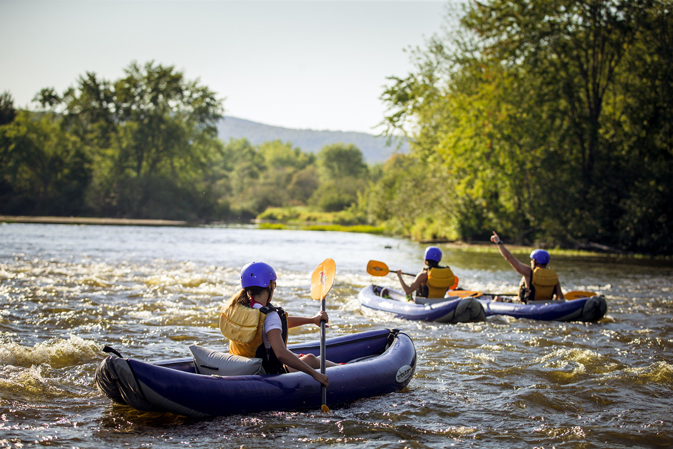 Kayakers on the Androscoggin River in New Hampshire (Supplied).

New Hampshire is a natural beauty. Boasting scenic views for days, from the serene White Mountains (covering one-quarter of the entire state), to the Seacoast, where hip Portsmouth and family-friendly Hampton Beach draw visitors to a 30-kilometre stretch of dramatic Atlantic Ocean coastline, it’s easy to get awestruck in New Hampshire.

Wide-eyed wanderers can lose themselves (and then find themselves again) on a huge network of hiking trails that winds its way through White Mountain National Forest. On the placid waters of the state’s largest lake, Winnipesaukee, kayaks, Jet Skis and pontoon boats ply crystal-clear waters.

No wonder visitors come back to New Hampshire again and again – with so much going on, a return visit to experience all the state’s must-sees quickly becomes a must-do. How can you help your clients get the most out of their New Hampshire vacation? Take a look at some of the state’s top draws outlined below. And here’s the best part: it’s all within a nine-hour drive of Toronto and the GTA, with easy access from other Canadian gateways as well, just an hour’s drive from Boston. 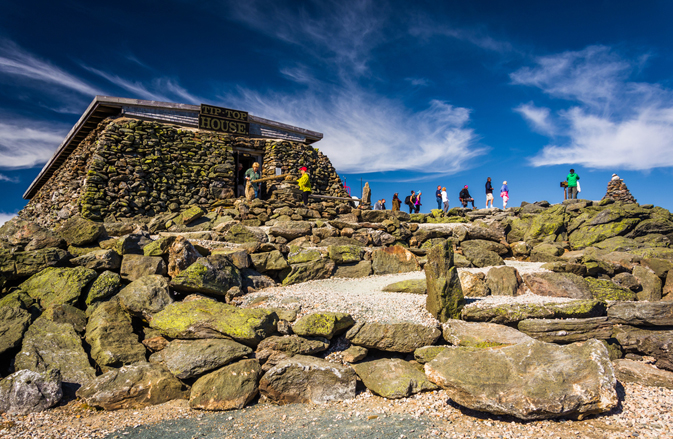 The Tip Top House, on Mount Washington, in the White Mountains of New Hampshire.

Intrepid travellers will feel like they’re on top of the world – literally – at Tip Top House. Built even before the Civil War, in 1853, Tip Top House is the last of the original structures at the summit of Mount Washington still in operation today. The once mountain-top hostelry is now a museum featuring exhibits that highlight the mountain’s history. Visitors can stop by from early May to October.

To the north, Weeks State Park has its own panoramic views, along with year-round hiking for all ages. Perched at the very top of Mt. Prospect in Lancaster, Weeks State Park was originally the summer estate of U.S. Congressman John Wingate Weeks. The land was given to the state in 1941 by Weeks’ children. For the best views, climb the old stone fire tower to see the Presidential Range of the White Mountains, the Kilkenny Range and the Percy Peaks.

History and literature come together in beautiful surroundings at the Robert Frost Farm Historic Site, where visitors will find tours, displays and poetry readings. Frost, one of America’s best-known poets (whose writings are said to be the epitome of New England), lived at this simple two-storey white clapboard farmhouse from 1900 to 1911. There’s also The Frost Place in Franconia. Frost, his wife and their four children moved here in 1915. The simple but well-preserved structure is open to visitors.

Another popular site, the elegant Wentworth-Coolidge Mansion, is the only surviving residence of a Royal Governor in the United States. 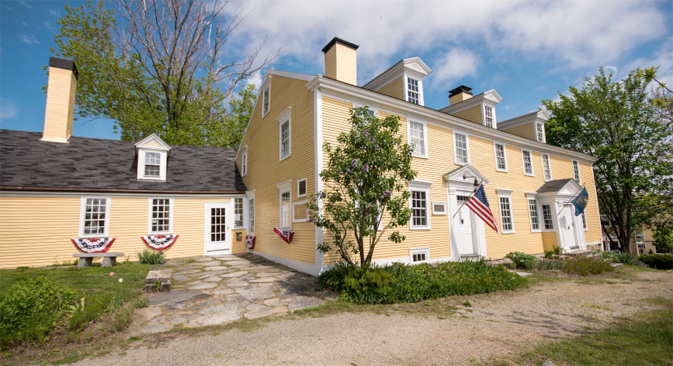 Cultured New Hampshire has a gem in Manchester’s Currier Museum of Art, home to works by world masters including Picasso and Monet as well as American artists from Andrew Wyeth to Georgia O’Keeffe. Currier visitors will also want to check out The Zimmerman House, the only Frank Lloyd Wright-designed home open to the public in New England, and one of only a few Wright buildings owned and operated by an art museum.

In Exeter, the American Independence Museum offers a living-history look at America during the Revolutionary War, complete with a hands-on Colonial life exhibit perfect for kids.

A treasure trove of photographs of New Hampshire’s famous White Mountains and surrounding New England  – more than 1,000 in all – is available at White Mountain Photography’s fine art gallery, located in picturesque Jackson Village. 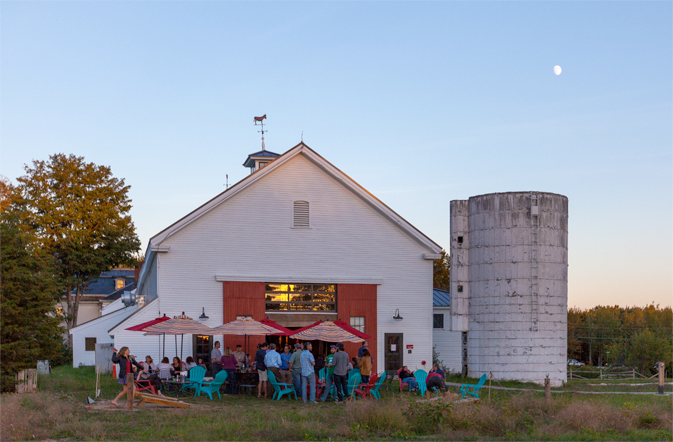 Cultural pursuits and adventures in the great outdoors can work up a thirst. New Hampshire has embraced the craft brewery movement full on, with brew pubs popping up all over the state.

Nestled in the White Mountains, the Woodstock Brewery has daily brew tours topped off with five selected samples. In Manchester, Stark Brewing Company brings fresh beer, delicious food and great times to the people of New England, locals and visitors alike. And in Londonderry, 603 Brewery offers a fun play on New Hampshire’s ‘Live Free or Die’ motto (and the state’s area code) with its own ‘Live Free. Drink 603’ slogan, along with brews like Granite Stout and White Peaks IPA. Homegrown brews are also on tap at Throwback Brewery in North Hampton, Smutty Nose Brewery in Hampton and Moat Mountain Brewery in North Conway. 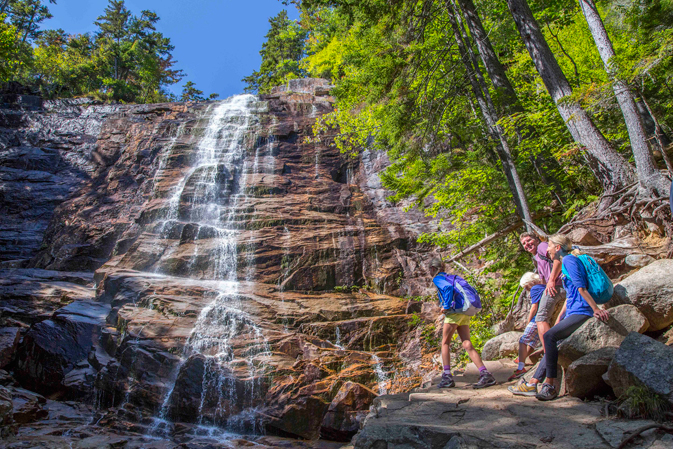 It’s just a short walk to the waterfalls along beautiful Glen Ellis Falls Trail, making it a go-to attraction for even the most casual hikers as well as families with young children. Located near Gorham, NH, it’s a popular draw from June until October. Arethusa Falls and Frankenstein Cliff Trail near Bartlett also gets plenty of visitors, although typically more experienced hikers. Flume Gorge, another of New Hampshire’s natural wonders, is a natural gorge extending 800 feet at the base of Mount Liberty, with walls of Conway granite rising up as high as 90 feet, between 12 and 20 feet apart. And at Polar Caves in Rumney, nine granite boulder caves formed by a glacier – and connected by boardwalks – is family friendly and a great day out, whether for a picnic in the Pine Forest or an ascent up the Polar Climbing Wall.