5 free things to do in Sicily, from Norman cathedrals to beautiful beaches

Sicily is the Mediterranean’s largest island and a trip around this triangular-shaped ancient land can be particularly rewarding for those in search of free things to do. Besides Sicily’s sights, smells and sounds _ the feast of wildflowers in rainy months, colorful street markets in towns and cities alike, picturesque faces and places around every corner _ many of the island’s greatest gifts are free. 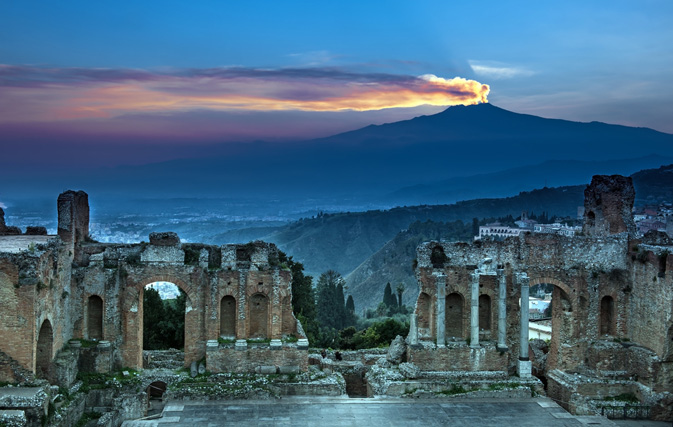 The ruins of the amphitheater with Mount Etna in the background.

There are three extensive regional parks to explore – those of Mount Etna, and the Nebrodi and Madonie mountains. In each of these reserves there are a wealth of hiking trails, rivers and spectacular gorges to navigate. Many paths skirt the smouldering volcano of Etna, which offers one of the most spectacular free shows on earth during its frequent eruptions. Near the volcano is the Gole dell’Alcantara, a gorge where incredible rock formations seem to dance with the shadows of the sparkling water. The Nebrodi mountains also offer hiking trails, lakes, forests and historic sites. Next to the Nebrodi are the Madonie mountains, where walkers of various ability levels can choose a path to reach the summit of Pizzo Carbonara, the island’s second-highest peak. One particularly rewarding and challenging route winds through an ancient grove of holly trees, among the oldest in the world. 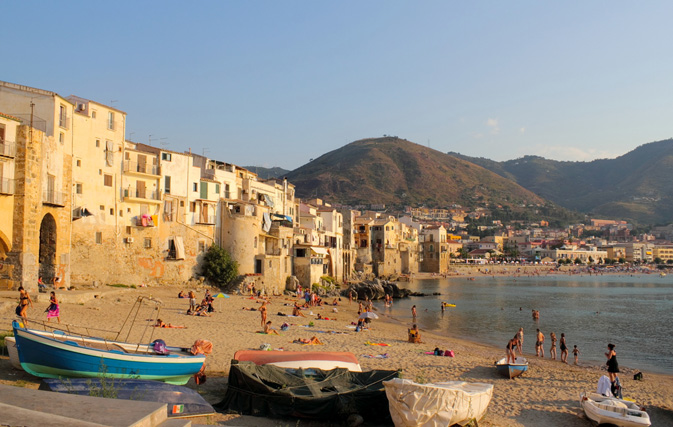 When you think of Sicily, you can’t help but imagine the sea. Sicily’s coasts are dotted by public beaches and gorgeous quiet spots. Besides the beaches of the main island, Sicily’s satellite islands – the Aeolian and Egadi are the easiest to reach – offer stunning oases. To enjoy the sea at its best, go to the protected marine area of the Egadi islands where sea life flourishes. The western and southern coasts are flatter and sandier with beaches that can appear endless. The northern coast offers reefs and sea life for the snorkeler and a variety of locales for the sun worshipper, from the sandy tourist beaches of Cefalu and Mondello, near Palermo, to slices of peaceful bliss among rocky outcroppings, especially where the regional park boundaries touch the shore. 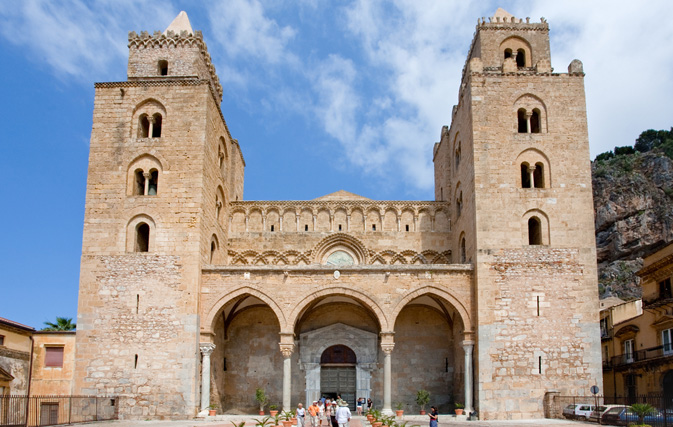 In the Middle Ages Sicily was conquered by the Normans, bands of northern knights who were leading the Crusades at the time. In Sicily, the Norman kingdom merged northern and Muslim esthetics to create one of Europe’s most fascinating architectural styles. Awe-inspiring vaulted ceilings, glass mosaics with rich golden backgrounds and moving depictions transfix visitors. The cathedrals at Monreale and Cefalu are open to the public and free, giving one the chance to appreciate their splendor in various lights and when Mass is being celebrated. 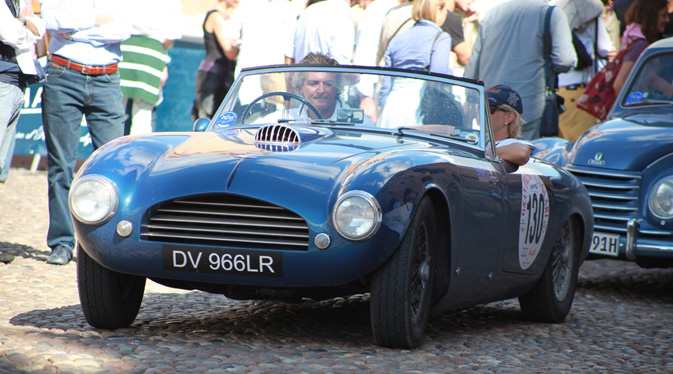 For those who like motor sports, Sicily remains a great destination to watch open road racing. The biggest of these events is connected to the historic Targa Florio, an open road race begun in 1906 that took racers onto the hair-raising mountain roads near Palermo. The Targa Florio became a celebrated event of daring and innovation, but it eventually became too dangerous both for drivers and spectators. Regardless, the event continues as a rally in May where classic and modern souped-up cars roar through the narrow mountain switchbacks above Termini Imerese. Other motor sports give visitors the chance to combine speed with breathtaking panoramas, including auto slalom races and other similar sporting events on many parts of the island. 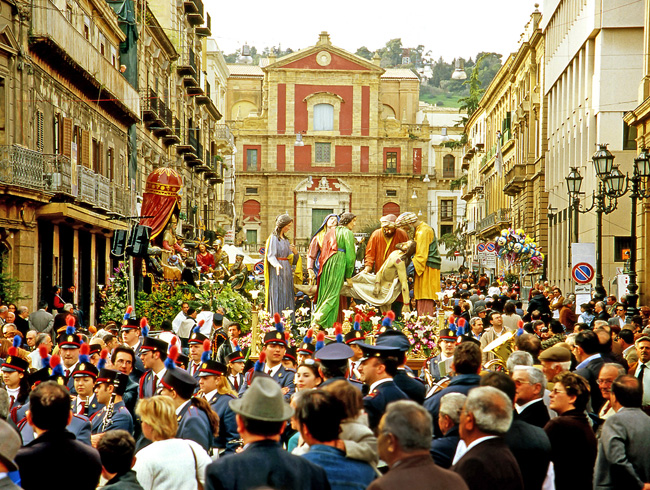 It’s not an exaggeration to say there’s a town festival nearly every week somewhere in Sicily. Celebrations for patron saints, religious days, local foods, music and art pop up around the island in all seasons. Among the biggest and most celebrated festivals are those connected to Easter. Trapani’s daylong Easter procession – the Misteri di Trapani – is best known for its masses of people, its ornate wooden statues, music and the range of emotions displayed by participants and viewers alike. The hours-long procession evokes everything from frenzy to sorrow to joy as bearers bolster the statues through crowded streets. More secular delights include indulging in April’s artichokes cooked in a myriad ways in Cerda or cheering on the men of Cefalu as they try to grab a flag from the end of a greased pole suspended over the sea during the town’s St. Salvatore festival in early August.