ORLANDO — SeaWorld Entertainment, Inc. has announced an extensive lineup of new attractions, shows and events for 2017 including major new ride additions at three of its theme parks; a virtual reality experience in Orlando, a new orca presentation in San Diego, and new shows and events at many other park locations.

In total the company will invest some $175 million in capital spending, resulting in one of the largest new attraction years in its more than 50-year history.

“We are extremely excited with the scope and depth of the new attractions and events coming to our SeaWorld and Busch Gardens parks in 2017,” said Joel Manby, President and Chief Executive Officer of SeaWorld Entertainment, Inc. “In developing new experiences we want guests to have fun, but also be inspired, and our parks are uniquely suited to create meaningful and fun vacations.” 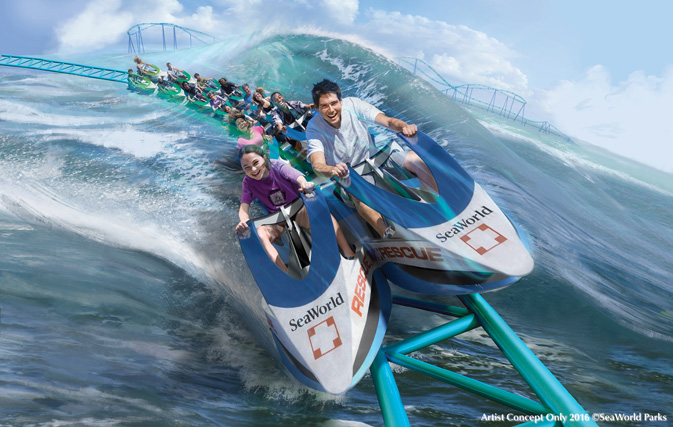 The first of its kind in North America, the coaster combines “the thrill of the sea, the adrenaline rush of a multi-launch roller coaster and the inspiration of animal rescue”.  Wave Breaker: The Rescue Coaster boasts variety of features inspired by the reality of jet skiing across a body of water. Reaching heights of up to 61 feet, the majority of the coaster’s 2,600-foot track will be directly over water, creating the sensation that riders are surging across the park’s Ski Lake.

SeaWorld San Diego will unveil Ocean Explorer, a new three-acre realm “combining multiple aquariums, exciting rides and digital technologies”. Signature attraction Submarine Quest turns guests into adventurers on a global expedition of scientific exploration, travelling aboard submarines to see Ocean Explorer’s undersea animals. Embarking on these mini submarines, visitors will become researchers on a mission to collect data and learn how they can help protect animals. This three-minute experience will include an onboard digital navigation dashboard, as well as a few other surprises along the way.

The Ocean Explorer realm will feature five new family-friendly rides in total, including an exhilarating wave swing ride where guests will fly through thousands of real bubbles in chairs suspended from the tentacles of a giant jellyfish.

SeaWorld San Diego will introduce new orca encounters rather than theatrical shows, as part of its ongoing commitment to education, marine science research, and rescue of marine animals. These live documentaries will focus on orca enrichment, exercise, and overall health. This change will start in its San Diego park next year, followed by Orlando and then San Antonio by 2019.

The new Orca Encounter will be based on orca behavior in the wild: what they eat, how they hunt, how they navigate and how they communicate.

Electric Ocean will debut next summer at SeaWorld parks in Orlando and San Diego as a brand new, end-of-day spectacle. 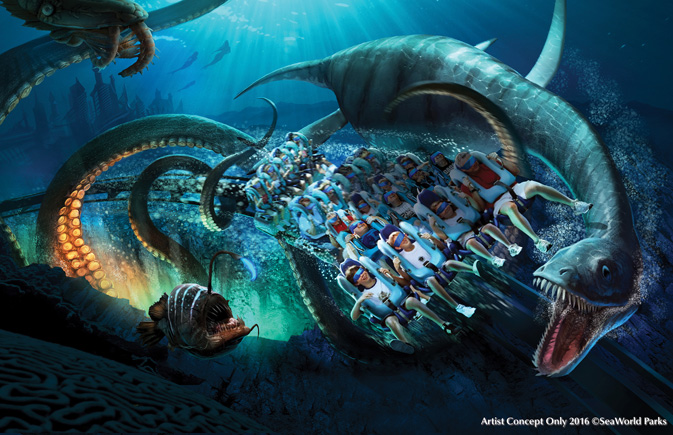 SeaWorld Orlando’s Dolphin Nursery will become more interactive in 2017, giving guests the opportunity to see mother and baby dolphins up close like never before. Large-scale acrylic windows will be created offering better guest viewing, including multiple levels to provide children a face-to-face perspective with baby dolphins.  New slide out areas and a lifting floor will allow for easier access to mom and baby for the veterinary and animal care teams. 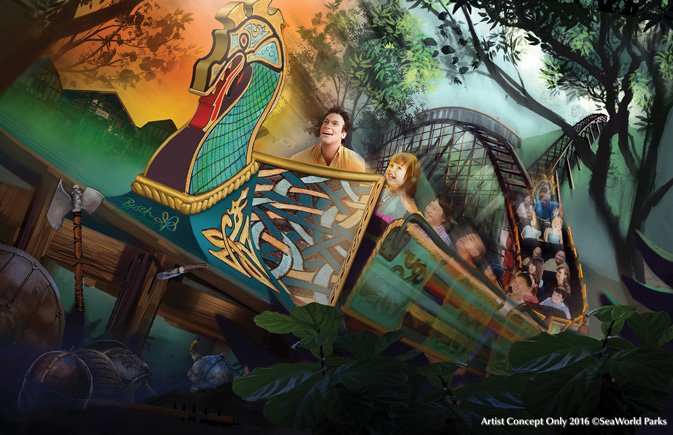 A new wooden roller coaster, InvadR, will join Busch Gardens Williamsburg’s collection of world-class thrill rides.  The family thriller will be the park’s first wooden coaster and eighth roller coaster in total. Located in the New France village of Busch Gardens, guests will travel more than 2,100 feet through a wooded terrain and underground through a tunnel.

BLOG
Take 5
“We will never recall the advanced commission”: Collette
View all Blogs