Tuesday, May 7, 2019
Posted by Vawn Himmelsbach

PUERTO VALLARTA — The Travel Agent Next Door will be working with more storefront locations, with a formal announcement coming in the next four to six weeks. Sales for the host agency are up 53.7% year to date, and a new zero interest payment promotion should send that number even higher.

Flemming Friisdahl, founder of The Travel Agent Next Door, had plenty of news to share at TTAND’s fifth annual travel agent conference, More U. 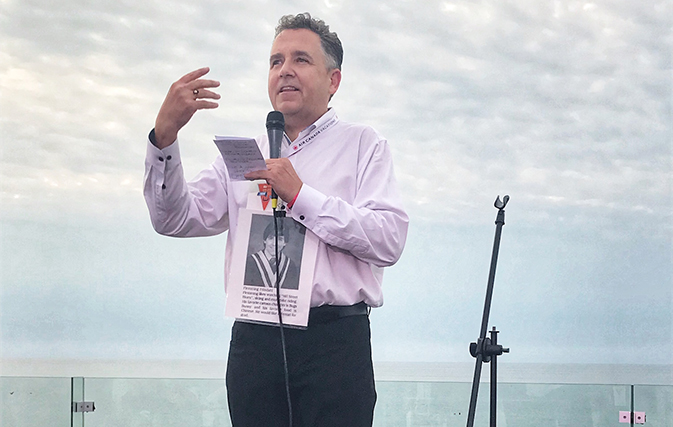 Top on the list was a new deferred payment program, tailored for The Travel Agent Next Door’s network of home-based agents.

Expected to formally launch in July, the program will allow clients to ‘book now, pay later,’ with no additional cost to agents.

“It’s very simple to understand,” Friisdahl told Travelweek during the conference, held at Mexico’s Iberostar Selection Playa Mita. “The simplicity is what I wanted — zero interest and you choose the terms.”

The program will be based on a fee structure, rather than interest payments. Clients make equal payments over three, six or 12 months, with one transaction fee (based on the length of the payment period and total amount of the booking).

It’s possible that suppliers may even supplement the client’s fee. “We’ve had many suppliers wanting to jump onboard and even help fund the program for us, because it’s such an inexpensive program,” he says.

Shelley Cota, owner of Shelley’s Sun & Sand Travel in Lacombe, AB, and one of The Travel Agent Next Door’s top-performing agents over the past year, says this program will be helpful, particularly with former Sears Travel clients who had access to a similar program. “I know many of the past Sears [Travel] agents are thrilled about it,” she says.

Cota believes this will increase the value of the business — and help agents get away from cheap sell-offs. “People are on a budget, so if you don’t have a huge credit card limit or you’ve spent your limit, this will give you an opportunity to [travel],” she says.

“It might allow people to get to Sandals that couldn’t go before because … they can’t pay that 60 days out, so I think that part is going to help,” she says. “I can’t wait for it to be rolled out.”

Cota has been in the travel business for 31 years, four of those with The Travel Agent Next Door (she’s been a top producer for the past three consecutive years). She focuses on destination weddings, seniors groups and adventure travel. 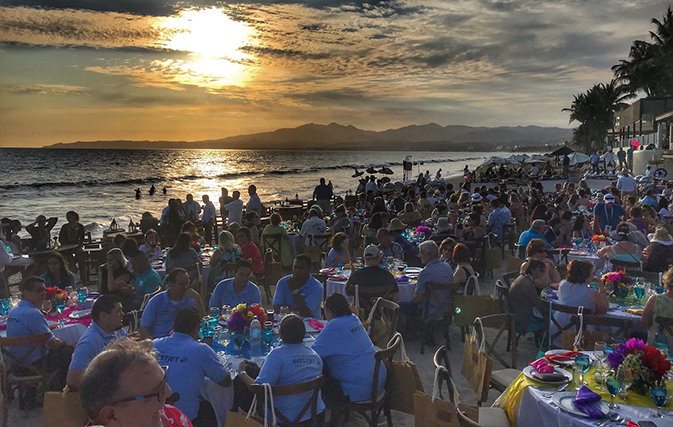 “I get a lot of referrals; that’s what is building my business,” she says. “Being able to work from home now is definitely a big plus. People know if they phone me, I’m going to answer. If they have a problem, I’m going to be there. Finally, after four years of starting my own company and branding my own name, people understand now that I am competitive with the other markets.”

Currently The Travel Agent Next Door has 380 primary agents like Cota, along with 37 staff members (about one staff member for every 10 agents).

Friisdahl plans to continue adding agents — but only as long as he can continue calling every primary agent every six months and interview all new potential agents. “Whenever I can’t do that anymore, that’s when we need to stop,” he says, “if we can’t provide the service we started with.”

His philosophy hasn’t changed about suppliers, either. “Less is more, it’s really that easy. It’s not about having the most suppliers, it’s about [having] the most effective.” Preferred suppliers represent 50% of TTAND’s business, while approved suppliers make up 30% and all others make up the remaining 20%.

Other announcements at the conference included the development of The Travel Agent Next Door’s own learning library, expected to launch in about two months, as well as a new online client travel authorization form.

“Part of our philosophy is to work smarter, not harder — that’s the theme of this conference, more life/work balance,” says Shean Carmichael, The Travel Agent Next Door’s Marketing and Communications Manager. His team provides deep-link marketing for agents, so social media, blogs, videos and email campaigns are all driving traffic directly to an agent’s website. 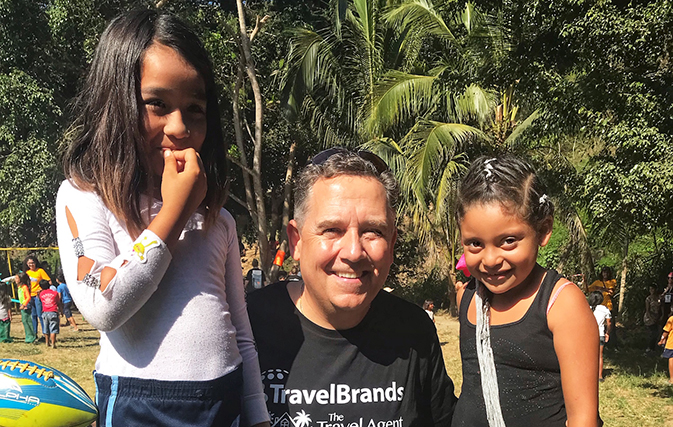 Flemming Friisdahl, founder of TTAND, at a give-back volunteer day for agents sponsored by TravelBrands, at La Casa Clu, Mexico

As part of those efforts to work smarter, not harder, The Travel Agent Next Door has launched an online client travel authorization form, where agents can verify a client’s name, passport information, insurance information and credit card authorization, which automatically self-saves in the client’s profile.

“That’s going to be a huge time saver, and also helps make sure the agents are protected, that the client has signed an insurance waiver,” says Friisdahl.

“We haven’t reduced our staff in Canada at all and we don’t intend to,” says Friisdahl. But having in-house developers provides The Travel Agent Next Door with the ability to customize its offerings (including the upcoming learning library).