HOLLYWOOD — What’s your biggest, darkest secret? And are you brave enough to write it down for everyone to see?

This is exactly what Kimpton Hotels & Restaurants asked of more than 50 participants in a first-of-its-kind social experiment at the Kimpton Everly Hotel in Hollywood. Over the course of three months last fall, guests stayed in ‘Room 301’ where they participated in a series of in-room activities designed to make meaningful connections with other people.

The results are in, proving that at the end of the day, people are deeply flawed and, dare we say, inherently selfish.

70% of guests chose ‘self-care’ over ‘paying-it-forward’ when given the option to gift or keep 10,000 IHG Rewards Points.

42% of guest choses to take a photo of another person or people rather than take a selfie (24%).

When given a choice of mystery cocktail by selecting which of the ‘seven deadly vices’ they could most relate to, the top choice was Lust (33%).

Guests were also asked to write a secret or confession they’d never told anyone else directly on the wall of the room. They held nothing back, writing such sinful secrets ranging from “I didn’t know she was married” and “I have to fake empathy”, to the very relatable “I’m a social climber” and “I’m not an organ donor”.

Based on the success of the experiment, Kimpton is launching the ‘Kimpton Stay Human Project’, a new series of rooms across the U.S. that focuses on the concept of ‘Stay Human’. The campaign will transform one premium room in 20 participating properties into uniquely themed spaces that honours the character of the surrounding neighbourhood.

Look out for the female empowerment room in Washington, DC, songwriting rooms in Austin and Nashville, and a creative space designed to ‘leave your ink’ in New York City.

These sound like the perfect rooms to take selfies in. Let’s hope empathy won’t have to be faked in any of them. 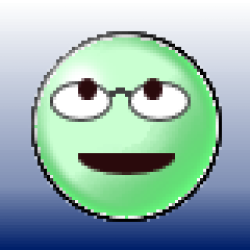