“I am so thrilled to help celebrate Fairmont Royal York’s 90th birthday as they unveil their transformation,” said Tory. The Mayor has a long-standing history with the Fairmont Royal York, going back to the very start when his great-grandfather, John A. Tory, signed the register at the opening the hotel on June 11, 1929. “It is something that shows you life comes full circle. If you go back and look at the history of the city and all the time of its growth, the Fairmont Royal York has always been here.”

Ninety years later, guests, employees and members of the community were excited and ready to celebrate the new look of the Fairmont’s multi-year revitalization.

With time, movement and community connection as a significant part of the Fairmont Royal York, a new look for the lobby lounge and a new bar, CLOCKWORK Champagne & Cocktails, were key to the project. The bold and stylish design pays homage to the golden age of railway exploration, driven by train travel and railroads, forever linked to Fairmont through its association with Canadian Pacific Hotels & Resorts. 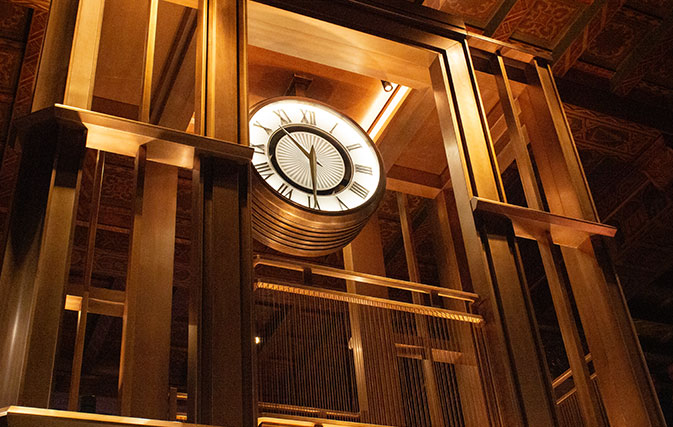 Presenting the past, present and the future, New York City’s Rockwell Group designed the lobby space, continuing the legacy of the phrase ‘Meet me at the clock’, by weaving the themes of time and connection through a constellation clock that rotates within a night-sky inspired glass panel.

REIGN Bar, designed by Rockwell Group, is the newly imagined signature dining venue at the hotel, presenting the concept of the royal gardens and paying homage to the hotel’s history, when it was once the tallest building in the British Empire. 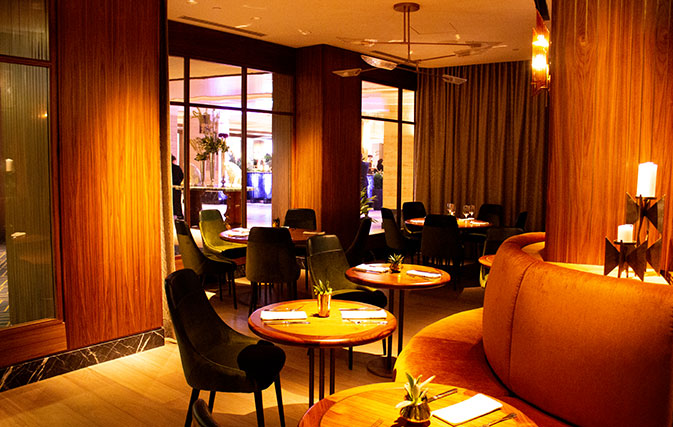 The space features private dining rooms, a main dining room and a pavilion room. This new eatery serves breakfast, lunch and dinner and the menu offerings are to be revealed soon. The additional restaurant and bakery are set to open in the coming days as part of the hotel’s complete dining experience, REIGN Restaurant + Bar + Bakery. 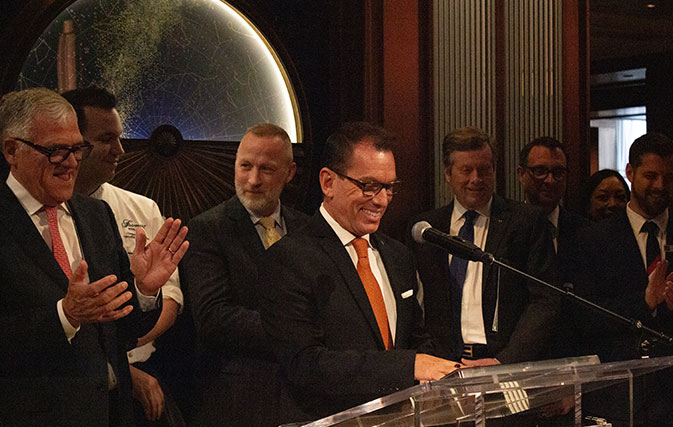 General Manager Edwin Frizzell recognized the Fairmont Royal York’s 1,200 employees who work hard to provide an exceptional experience, commenting, “While architecture and heritage are important, this hotel would simply not be possible without our colleagues who work tirelessly everyday to turn moments into memories for our guests and each other.”

No anniversary celebration comes without cake. Frank Rea of Forget Me Not Flowers helped design a piece which will be on display for the month of June, one that pays tribute to the Golden Age of the 1920s and brings the grandeur and beauty of the Fairmont Royal York to life.

THE WAIT IS OVER! 🕰✨Thank you Toronto for celebrating our 90th anniversary with us today and our grand renovation reveal. ✨🎂 Meet me at the clock just got a whole NEW meaning.🕰🎂✨🥂 #RYH90 #RYHTransforms #meetmeattheclock 📸 @ryanemberley

Fairmont Royal York is also honouring the past 90 years by introducing a self-guided history tour curated by historian and author Dr. Carolyn Harris, Instructor in History at the University of Toronto School of Continuing Studies. Visitors can explore and learn more about the storied hotel, finding hidden gems and information about iconic spaces within the property.

In addition, the hotel will be donating 90 complimentary luxury room nights to Heritage Toronto who will disperse them across the city to raise funds to support the community and volunteer heritage organizations.

Looking forward, Fairmont Royal York is sponsoring Toronto of the Future, an exhibition highlighting real estate and infrastructure projects to shape and the landscape of Toronto.

“Owning and overseeing the repositioning of the Fairmont Royal York, one of Canada’s most iconic and enduring properties, is a responsibility we have treated with care, dedication and great respect,” said Paul Campbell, Royal York project lead at KingSett Capital, Fairmont Royal York ownership group. “This is much more than just a hotel – it represents much of the history and soul of our great city.”

The hotel recently launched an entirely new Fairmont Gold offering — its luxury ‘hotel within a hotel’ experience. Updates will be revealed soon as part of the property’s most extensive restoration project to date. Also, soon to be revealed are its new Legacy Suites, set to open later this summer.