TORONTO — California’s Coachella Valley may be famous in the 21st century because of a music festival, but it’s the 1950s that put this area on the map for tourism.

Palm Springs was the ideal vacation hot spot for the Hollywood A-list of the mid-century, because its location fit into the studio contract’s restrictions on their stars, being a two-hour drive from Los Angeles.

Well-established as a resort destination of California, this desert oasis is a regular haunt for those wanting to experience the desert landscape, mid-century modern architecture and the annual BNP Paribas Open, which will start construction on a new 5,000 seat tennis stadium at the end of this year, complete with tennis museum.

“There is a lot going on in our desert,” said Kiehl, such as new flights, tours and hotels. WestJet currently offers direct flights from Vancouver, Calgary, Edmonton and Toronto, while Air Canada offers flights via connections. JetBlue started nonstop service from New York City’s JFK Airport to Palm Springs from January to May while Virgin American recently announced year-round service from San Francisco direct to Palm Springs. 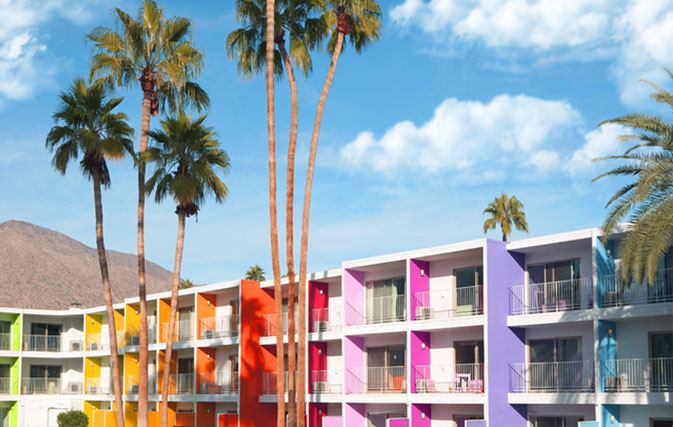 Palm Springs Mod Squad, offering architecture and design tours, has added a new tour to its roster, focusing on the interior design of three Palm Springs homes built between 1956 and 1958. Limited to five participants, the 90-minute tour is an intimate view of the mid-century lifestyle (psmodsquad.com/tours.html).

Another tour option is with Windmill Tours, which takes guests ‘behind the fence’ to see the famous wind farm of the desert and learn about renewable energy (http://windmilltours.com/). 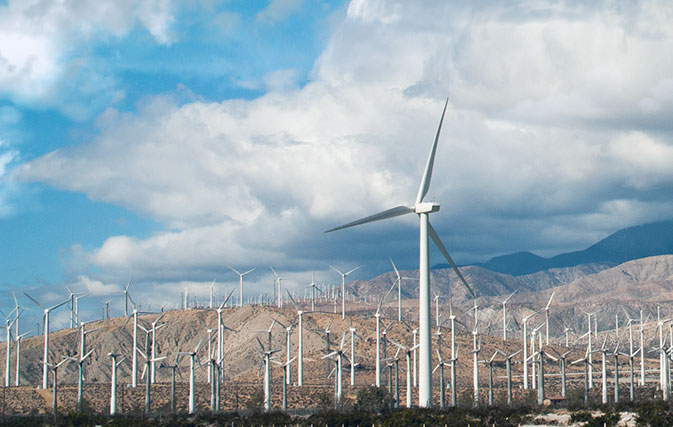 Another area of growth in Greater Palm Springs is hotels. In 2017 Greater Palm Springs will welcome new properties from Kimpton Hotels, Hotel El Paseo, Andaz Hotels and Hyde Hotel & Residences. In 2018, Virgin Hotels will open its next property in Palm Springs while La Quinta will be the new home of a SilverRock Resort, featuring a five star 140-room hotel and spa, and a four-star 200-room hotel within a 150,000 square foot resort village. Recently opened hotels include contemporary ARRIVE Palm Springs, a 32-room boutique hotel, and Chateau at Lake in La Quinta, a 24-room resort.

Renovations have also been happening at a fast and furious rate in the valley, at properties including the DoubleTree by Hilton (formerly Desert Princess) with updated rooms, new Olympic-sized pool and 1300 square foot fitness centre, Riviera Palm Springs, now managed by Starwood Hotels’ Tribute Portfolio Resorts, Palm Mountain Resort & Spa, which added 20 new guest rooms and restaurant, and the Avalon Hotel and Bungalows (formerly known as the Viceroy Palm Springs) with its new restaurant Chi Chi. 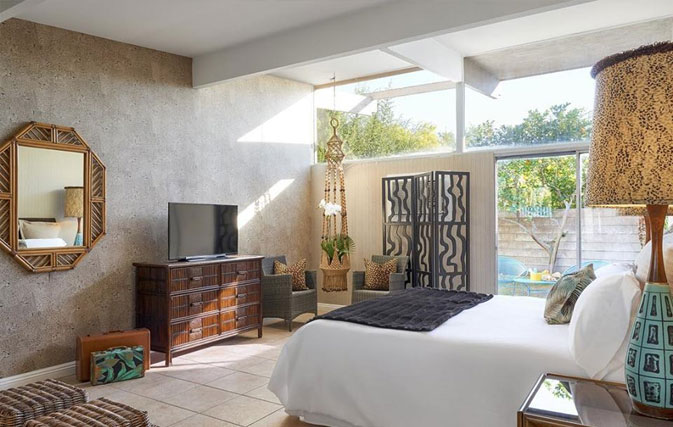 Two historic properties have also recently updated themselves. The Monkey Tree Hotel, a redesigned 16-room mid-century hotel that originally opened in 1960, was designed by Albert Frey and was a favourite of Lucille Ball and Marilyn Monroe. L’Horizon Resort and Spa (formerly Horizon Hotel) has undergone a US$25 million renovation of the 25-room 1952 property, originally designed by architect William Cody. Home to SO-PA Restaurant, overseen by Michelin starred Chef Giacomo Pettinari, L’Horizon is the only member of Leading Hotels of the World in the Coachella Valley.

Correction: There has been a change in the chef at L’Horizon’s SO.PA, with the departure of Chef Giacomo; the kitchen is now led by Michelin Star chef Christopher Anderson.