TORONTO — Any concerns about Visit Florida losing steam in the Canadian market following hefty budget cuts were eased yesterday at a media luncheon in Toronto, where much of the talk centered on Canadian initiatives and the importance of travel agents.

News broke earlier this year that the state-funded tourism agency’s budget would be cut by US$26 million (from $76m to $50m) next fiscal year, and that the agency itself would expire on Oct. 1. That date, however, has been extended until June 30, 2020 following last-minute budget talks, giving Visit Florida another year to stay afloat and market the destination, particularly in Canada.

Speaking exclusively to Travelweek, Meagan Dougherty, Public Relations Director, says that Canada will still be a “huge” target for the agency and that the new budget will not alter its focus at all.

“We just have to make our marketing dollars work harder for us and stretch further. When you have a larger budget you can do this, this and this. But with a smaller budget, you really have to pare that down and see what’s going to make the biggest impact,” she says.

Canada, she adds, is Florida’s number one international market, with 3.5 million visitors last year, up 2% over the year before. Even more impressive is the fact that Canadians spend an average 21 days in the Sunshine State, making them a highly coveted market.

“We’re really seeing an uptick among Canadians, both the drive and fly markets,” she says. “A couple years ago, we took Canada for granted and didn’t put as much emphasis here, which is why we started to see the numbers going down. But as soon as we started reminding Canadians of what we have to offer, the numbers started to go up again.”

This renewed focus on Canada will take a slightly different approach; while previous directives showcased Florida’s beaches and theme parks, new efforts are being made to highlight lesser-known destinations within the state. 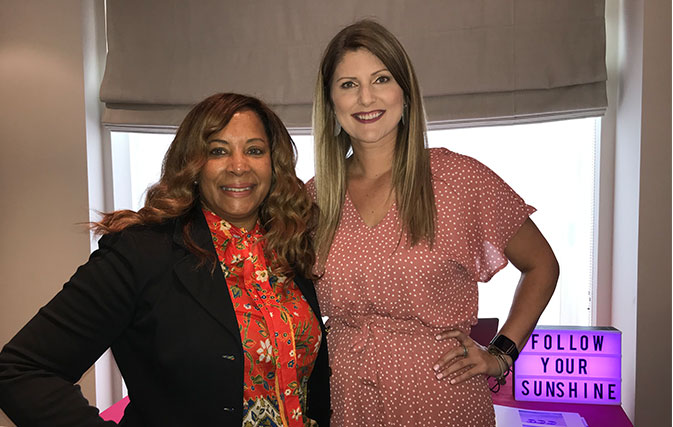 “We really want to highlight more ‘unknown-to-Canadian’ destinations, which is why we’re here today in Toronto,” says Dougherty. “Florida fatigue is real, but that’s only because people are staying in their comfort zones and going to the same places every year. We want to tell them to come on down and try something new.”

How this message is delivered to Canadians depends heavily on travel agents, she adds. Referring to them as “our first point of contact on the front lines”, Dougherty stresses the importance of education and why agents need first-hand experience to better sell the destination.

“We want to make sure our travel agents are educated to be able to sell the other side of Florida. We have to get them here to experience it for themselves,” she says.

To do this, Visit Florida has tied in some of its fams into its new Florida Travel Pro program, an e-learning platform that was launched in both English and French last year. The agency also recently welcomed new Chief Marketing Officer Gerardo Llanes in May, who Dougherty says is very trade-focused.

“He’s already hit the ground running and making sure that we have all of the tools in place for our travel agents to learn the destination and sell it as we would – as Floridians,” she says. “He comes to us with a lot of experience in the tourism sector and we’re really looking forward to the changes and improvements he’s going to help us make, especially in the Canadian market.”

Here are the destination partners that participated at the luncheon: 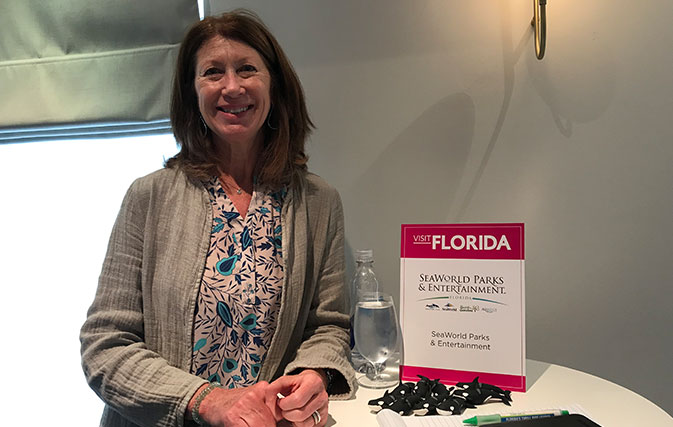 • According to Suzanne Beasley, Senior Manager of Communications, SeaWorld’s mission focuses solely on education and conservation: “We want guests to be entertained but also be educated and inspired.”

• Many of SeaWorld’s attractions are tied to conservation groups and initiatives. For example, SeaWorld San Diego’s new Tidal Twister coaster, which opened in May 2019, is partnered with The Rising Tide Conservation, which develops techniques for raising marine ornamental fish for both public displays and private aquariums. Its messaging can be seen throughout the ride.

• All three SeaWorld parks in Orlando – SeaWorld Orlando, Aquatica Orlando and Discovery Cove – are now designated as certified autism centres. According to Beasley, the designation will be rolled out to all parks in the coming year. 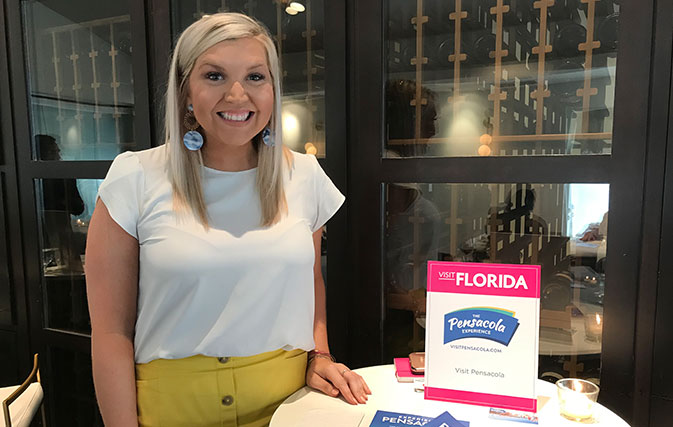 • This family-friendly, laidback beach destination is the most northwestern city in Florida. It’s also America’s oldest settlement, established in 1559.

• Pensacola is the only city from Jacksonville to New Orleans where visitors can enjoy the ‘Big 5’: Symphony, Museums, Orchestra, Ballet and Art.

• Palafox Street, named after General Jose de Palafox y Melzi, has been named one of the best streets in America.

• This coastal gem in western Florida is located just over an hour north from Tampa, and less than two hours west of Orlando

• Though small in size (the population is only 3,500), Crystal River is known for being the Manatee Capital of the World, as it’s the only place in North America where you can swim with these gentle creatures in the wild. Surrounding springs flow at a constant 23 degrees Celsius, making the waters attractive to both the manatees and swimmers throughout the year.

• Other popular activities include boating, diving, fishing and eco-tours.

• Located dead centre in the state, the county is big on horses, known for ample horseback riding and horse carriage rides. It’s officially been named the ‘Horse Capital of the World’.

• Ocala/Marion County is home to some of the best mountain biking trails in the world. Its Santos Mountain Bike Trails have received the prestigious designation of a bronze-level Ride Center by the International Mountain Bicycling Association, one of only six designated Ride Centers in the United States.

• Coming in January 2021 is the World Equestrian Centre, which upon completion will offer horse barns, sporting arenas, a concert venue and an all-suite luxury hotel that will feature a 2,200 square-foot Presidential Suite.

• Don’t miss the James E. Grey Preserve, 80 acres of protected swamps and uplands where you can enjoy a leisurely stroll along the boardwalk.

• Birdwatchers will have a field day at Werner-Boyce Salt Springs State Park, where they can spot Bald Eagles, Roseate Spoonbills and even the elusive Black Rail. Other wildlife that call the Salt Spring home include Gray fox, gopher tortoises and dolphins.